On his bad days, he warned me against having hope. He needed company in his desolation and I walked down dangerous steps to meet him. He made me scones and coffee. He watched me eat and drink and brightened when I said the scones were good.

I bought the raspberries at the farmers’ market because I know you love them, he said. I thought to tell him I do not love raspberries, but blueberries, but he did not attend to the things I loved. His bad days became mine. He no longer needed to warn.

On his good days, he did not call. He found more good days. He found a girl and took her to the farmers’ market, where she chose raspberries. He made scones for her and invited me over. She was tall with brown hair; some thought her pretty, including her. She looked like me.

He told me about her and we both listened to things she knew. She was a pediatric nurse, she grew up in Maryland, she used to dance ballet. They laughed about her ugly feet. I liked her. I felt lonely and went home.

We met awhile before at a café where he watched for the few minutes it took me to complete Thursday’s New York Times crossword puzzle. I thought guys only spoke to girls in cafes when they were interested. I thought when he asked me to get together, it was a date.

We didn’t go on a date. He pegged me as a caretaker; I took care. I listened to him talk about girls. Sometimes he cried. He likes selfish ones. He introduced me to a few. They looked a little like me.

I entered a crossword competition I learned about in a documentary. I practiced. I timed myself. I was close to the winning times from the year before. I didn’t tell him.

On a good day, I told him. He said he wondered why I hadn’t been around as much. It was too close to turning into his story. I was on flat ground. I didn’t want to descend.

He said be prepared to lose.

Waiting was unnecessary. Good or bad, they were his days. They had little to do with me when they didn’t have to do with him.

I thanked him for the caution. When we parted, my love for him halved. I stopped for ingredients. By the time I arrived home, it was halved again.

I made blueberry scones. They were the best scones I ever had.

The girl who looked like me – the ballerina – left him. He called me, crying. I listened to voicemails while doing crosswords. I had two weeks. I did not have time to take care. I was lighter, safer. I got better, faster. 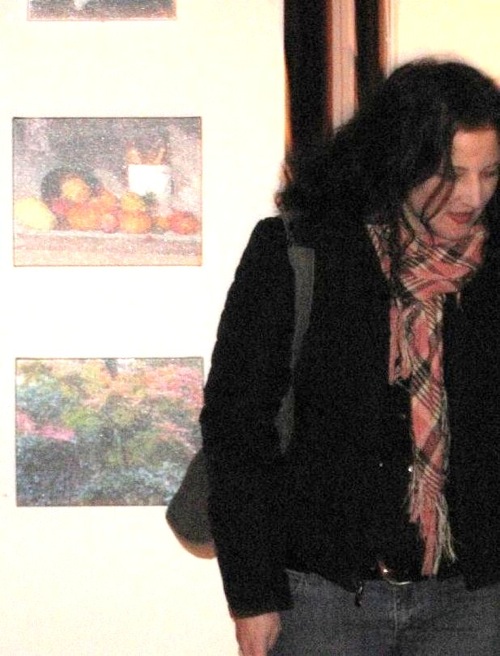 Lauren Becker lives in Oakland, California. Her fiction has appeared or is forthcoming in Pedestal Magazine, Annalemma, Opium, and Hobart. She is Editor of Corium Magazine.