What Happened Here by Bonnie ZoBell 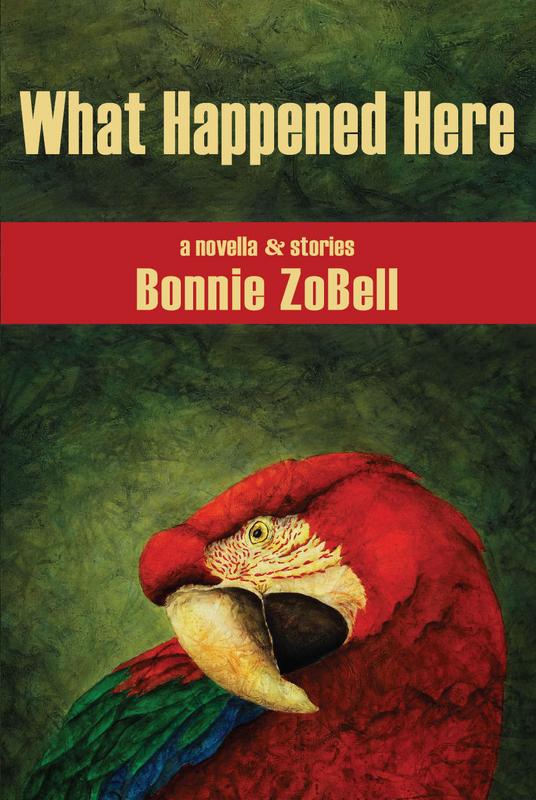 When joining a new community, we inherit its history and try to insert ourselves into an established web of relationships. We find ourselves interacting with people who might otherwise remain strangers, and we take great care to cope with their territorial instincts and demands, the accusations that we’re killing their grass or parking our cars the “wrong” way. However, some communities, like North Park—a manicured condo development in inland San Diego, CA—are complicated even further by tragedy.

On September 25, 1978, PSA Flight 182, a Boeing 727-214 carrying 135 people, and a private Cessna plane carrying two people, collided. All passengers, as well as seven people on the ground, were killed. The ghosts of this tragedy inhabit Bonnie ZoBell’s new collection What Happened Here.

In this novella and 10 linked short stories, ZoBell explores the ways this accident has affected and continues to affect the lives of her fictional characters, some who are old enough to remember the incident and others who are younger, more recent transplants.

The title novella, “What Happened Here,” is the most remarkable work in ZoBell’s collection. The piece is a visceral study of depression and the ways it impacts the people who love and care for the person suffering from it.

Narrator Lenora’s husband John is a musician and journalist who has been diagnosed with bipolar disorder. When she first meets John at a San Diego dive bar, he is manic and charming but also married. He eventually leaves his wife, and the narrator inherits a man who—over the span of the novella—falls further and further into a depressive episode.

What ZoBell executes brilliantly in this piece is her juxtaposition of John’s downward spiral into depression with the fast-approaching 30th anniversary of the plane crash. ZoBell writes,

As if calibrated by some mysterious clock, as soon as the anniversary began to be talked about, John started drinking more…By May, still four months before the anniversary, John was drinking four vodka tonics every evening.

And once the characters arrive at a commemorative anniversary party hosted by a neighbor, the past looms over everyone in the same way that the narrator’s knowledge of her husband’s mental-health history remains omnipresent throughout the story. It is fitting that after the party, John begins his deepest descent into despair.

ZoBell’s deep love and empathy for her characters is contagious. The narrator is hopeful her husband will recover yet feels guilty about her exhaustion. On one hand, she thinks she is afraid of being alone, but a hospital nurse points out that she’s probably always been alone. The characters, especially the narrator, in “What Happened Here” have been masterfully developed; the protagonist’s voice is confident and measured, and she introduces the reader to the setting that will play an important role throughout the collection.

Interestingly, ZoBell spoils the reader by beginning her collection with a novella more than 40 pages long. It is an opportunity for extended backstory that the following stories do not have, and the result is that it invites the reader to a high level of involvement and emotional attachment.

It wouldn’t be fair to deem the short stories underdeveloped, but they do create a different relationship with the reader. Their purpose seems to be to explore the characters’ present more than the past and while they have their own inner momentum and moments of poignancy, the characters from the opening novella are missed.

Also, throughout the stories, there are times the dialogue does not seem natural. The excerpt below is from “This Time of Night,” which follows two characters who go camping in their newly-purchased trailer. The “boobs” in this excerpt are meant to describe the memorable shape of a structure located near the camping site.

“So what do the boobs contain, anyway?” I ask Willy.

“If there’s a nuclear accident,” he explains, nudging the potatoes with a poker, turning the swordfish, “they’re supposed to keep radioactivity from escaping into the atmosphere.”

“So what are those concrete nipples at the top?”

“Great place to go camping,” I say, “right under some radioactive boobs.”

“When it happens, it won’t matter how far away we are. No one will escape.”

I tell him, sighing, “They just caught that serial killer up there, too, what’s his name. We’re going camping in a place where serial killers get caught.”

Because of this story’s difficult subject matter, there is clearly an attempt at humor here, but it falls flat. The dialogue neither amuses nor represents the awkwardness of the situation. It simply seems to stall the story, keeping the reader from learning more about the characters and their relationship.

Nevertheless, among the short stories, there were highlights. “Sea Life” describes a group of 20-something friends surfing. They have borrowed a 4×4 with Pacific Beach license frames so as not to give away their status as outsiders. They don’t want to be pegged by the locals as “surf kooks.” ZoBell’s descriptions of San Diego’s surf culture allow the reader entry to a secret world.

The following description from “Sea Life” is another of the book’s fine moments:

He allows himself to slip aimlessly away into whatever it is. Whole communities of beings go about their business underneath him—schools of mackerel head north. Even with the seaweed, he can see gills, tails, eyeballs peeking out of kelp paddies, hiding from the terns and pelicans that swoop down and gulp them. A diaphanous jelly fish floats like a see-through parachute. Millions of anchovies, sardines, grunion—bait food— shimmering everywhere.

In ZoBell’s story “Dear Sam”, Edgar, a character who is old enough to remember the plane crash, attempts to reconnect with his old friend Sam, hoping for solace. Here, ZoBell’s use of epistolary form is both effective and a welcome break from the first and third person narrators scattered throughout the collection. Edgar’s loneliness echoes back to the reader through these sentences:

I really need to talk to you, buddy. Nobody else understands what we went through back then. The folks living here now had some kind of party on the thirtieth anniversary, but they don’t know, not really.

The final story in the collection, “Lucinda’s Song,” explores the possibilities of romantic love in a person’s twilight years. Lucinda, an elderly woman, feels the pressure of living in a condo community with rules: she doesn’t want to water her lawn, and her son must field complaints from the condo association. To entertain herself, she goes to bingo, but she doesn’t flirt with the handsome old men like the other women. She doesn’t care what anyone thinks of her, and resident bingo hunk Ramon notices that.

Lucinda learns something that many other North Park residents dread: history cannot help but be repeated, and she enters into an affair that begins to affect other aspects of her life. Here, ZoBell reminds the reader of her characters’ greatest fear and one that has been circling the collection from the beginning—that the next unexpected event looms overhead.

Bonnie ZoBell is the author of The Whack-Job Girls, a chapbook published by Monkey Puzzle Press in March 2013. She has earned an NEA fellowship in fiction, the Capricorn Novel Award, and A PEN Syndicated Fiction Award. After receiving an MFA from Columbia on fellowship, she has been teaching at San Diego Mesa College, where she is a Creative Writing Coordinator. Currently she is Associate Editor for The Northville Review and Flash Fiction Chronicles. She lives in San Diego, CA.

Laryssa Wirstiuk is the author of The Prescribed Burn, a collection of short stories. After earning her MFA in Creative Writing (Fiction) from the University of Maryland, College Park, Laryssa returned to her home state of New Jersey to teach creative writing at Rutgers University. In her spare time, Laryssa enjoys experimenting with vegan recipes and playing with her miniature dachshund Charlotte Moo.