The White Goddess by Simon Gough 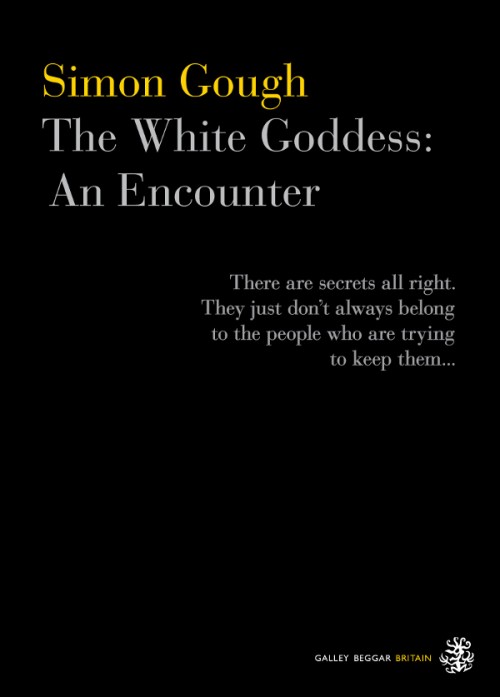 In his preface to The White Goddess: An Encounter, before descending into layers of memory, Simon Gough warns that he will not be bound by “precise dates and times,” and that “the narrative itself is far more important than whether or not an event or conversation happened on such-and-such a day.” Such a caveat created anxious momentum as I entered the book, wondering if The White Goddess was meant to be taken as a memoir or a novel or something else, and that puzzle of how to the read the book hung over my time with the text in a blissful Barthesian way.

The White Goddess is, most immediately, a reconstruction of two periods of Gough’s life when he was closest to his grand-uncle, the poet and author Robert Graves. First in 1953, when as a child Simon travels to Deya, Majorca for a holiday with his actress mother in her brother Robert’s house, and later in 1960 when he returns as a young man en route to university stopping over for a visit. These periods are framed by a return trip to Deya much later in life. It is, unsurprisingly, Graves himself who dominates much of the story, just as he dominates his household, his community (at least through Simon’s eyes), and most of the lives around him. He’s a larger than life character, powerfully so, and early on Simon’s view of him threatens to veer into blind admiration. In that earlier period of the memoir, the idiosyncratic reconstruction of memory warned of in the preface is most apparent, not only in the awed depiction of Robert but that of Simon’s mother, too, with whom his relationship appears strained in ways unexplored from an adult perspective. The style in those childhood chapters relies on constant reminders of reconstruction, in particular a generous use of italics and other dialogue tics that while perhaps intended to make it closer to actual speech have the effect of making the artifice more apparent.

Those “visible seams,” so to speak, might have been a problem if not for the rich and vivid sense of Deya, and of Graves’s house Canellun, as well as deeply engaging characterizations of Robert, his wife Beryl, and especially their son — Simon’s cousin — Juan (a child instantly elevated to the pantheon of great literary hellraisers). Soon after his arrival at Canellun, Simon is drawn into Juan’s often malicious mischief, both as a victim and as his cousin’s partner, sometimes at once. Gough writes,

In other words I began to throw in my lot with him, to live like the savage I’d always longed to become, revelling in the heat of a sun which was already turning my skin to the colour of the earth, blending me into it like a chameleon and at the same time filling me with the new sense of power that I’d felt when I’d lain in the back of the Land Rover that night.

Though we get intimations of Simon’s prior misbehaviors at boarding school, Juan seems to be his real introduction to wildness—a muse of misbehavior, of sorts—and it’s the struggle between becoming a new, more abandoned self and becoming an honorable young man in the eyes of his mother and uncle Robert that propels the younger years of his story. And, as the telling reaches Simon’s return to Deya a decade later, my earlier concerns about visible seams in the text were assuaged as the “roughness” of that earlier section becomes a compelling contrast with the later period Gough remembers, not as a child but as an adult—which is not to say those memories are more reliable, per se, but there’s a stronger sense of perspective on a life won (at least in part) through those experiences of his childhood visit.

So the latter half of the book, in which Simon falls in love with Robert’s own muse Margot— a muse as exhilarating and destructive, inevitably, as Juan earlier—and becomes enmeshed in a tangle of strained allegiances and broken friendships, has a richness impossible to the childhood moments. That contrast kept me thinking back to earlier scenes, contemplating their writerly construction as much as their significance to later events, making the book doubly rewarding. As Simon struggles as both a character and a narrator with questions of what is really his own, and to what extent his memories, experiences, and self were formed not by his actions but by those around him, we also see Robert—a poet who has reached the height of his powers—grapple alongside, clinging to his muse in tangible and ethereal terms at once. The book becomes a bildungsroman in two directions, depicting both an aesthetic and ethical sensibility under active construction (Simon’s) and another (Robert’s) fully formed and becoming anxious as the poet worries about the decline of his talent—and becomes increasingly dependent on the external impetus of his reluctant muse.

When the delicate scaffolding of social graces, omissions, and deceits finally collapses— as we know it must—it threatens to take Simon, Robert, and the expatriate community of Deya along with it. Graves’s belief in his art and in his nephew are as threatened by the actions of others as the village is by the arrival of wild outsiders in the late 1960s—a change the poet’s own presence may be as responsible for as anything else. The ultimate question of The White Goddess —and of the timeless, mysterious “White Goddess” in whom Graves places his artistic faith—is: what of our actions and accomplishments are our own, and what do we owe to the influence or impact of others? Is it fate or magic that draws Simon back to Deya, or makes Robert dependent on Margot, his muse? How much of art, or genius, belong to the artist and how much to their inspirations? Or, for that matter, how much of a man is himself and how much is decided for him by others— a famous, inspiring, large-looming uncle, perhaps? A thorny tangle of questions, and the kind most worth asking as they are in Gough’s book: from the side, through a story, rather than head on in expectation of a straight answer. As Gough writes when embarking on his excursion into the past,

Memory — so innocent and naive in itself, so potentially fatal when stirred, like the coiled snake that it was in its pluperfect lair. The past was not to be trifled with; while the present and future moved at their own irrevocable speeds, the past was time spent, time-without-energy, which could be moulded or stretched into infinite versions of remembered truth —

It’s the fascination of those infinite versions and the questions they raise that make memory so simultaneously alluring and terrifying, and that make The White Goddess such a compelling read. Gough’s book is the first release from recently launched Galley Beggar Press, and on the strength of it I very much look forward to seeing where their publishing vision is headed.

Simon Gough worked for many years as an antiquarian book dealer in London and Holt. The White Goddess: An Encounter is his first novel. He lives in North Norfolk.

Steve Himmer is the author of the novel The Bee-Loud Glade (Atticus Books, 2011) and the novellette, The Second Most Dangerous Job in America (Atticus Books, 2012). His short fiction has been published in various journals such as Monkeybicycle, PANK, The Los Angeles Review, Emprise Review and others. He is the editor here at Necessary Fiction.