The Seven Stages of Anger by Wendy J. Fox 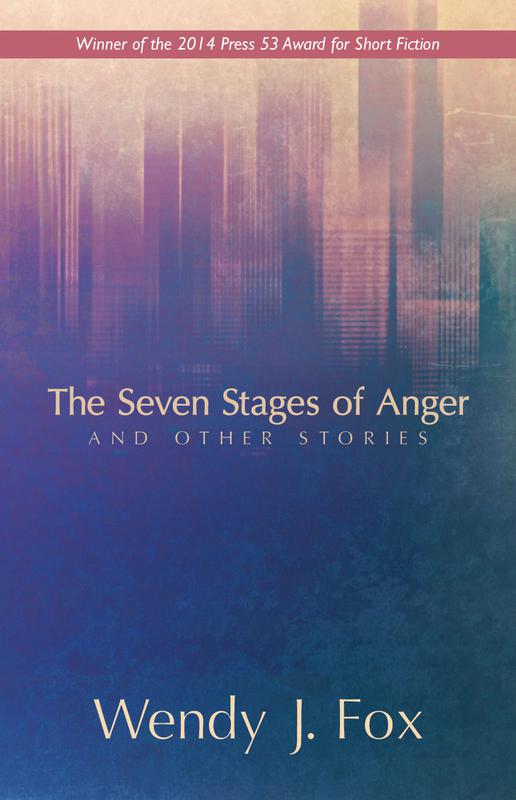 In her debut collection of stories, Wendy J. Fox raises the bar for what the short form can achieve. Her stories are crafted jewels: elegant, glittering, cutting. She has a poet’s eye for detail, but the voice of a storyteller. The Seven Stages of Anger contains eleven stories, and Fox is equally adept describing the lives of the hill people of eastern Washington to the bustle of Seattle. There is a feeling of ennui as you slip through the pages — of lives dampened down. Her characters know, or try to forget, that their place in the world is small.

In, for instance, “Fauntleroy,” the young men and women display a visceral longing to be elsewhere, living the pained binary of the town and the countryside: “We’d grown up always wanting to disappear from where we were, and it was hard to shake the habits of leaving.” Though this is a familiar set-up, the playing out of the drama is handled expertly. There is a relationship in freefall, an impending pregnancy, a contemplative mourning for the past. All of this is tied up, but never neatly, in the dense and rich narrative.

It could be said the thematic impulse of the collection is one that encapsulates the transitions of young women’s lives. Fox presents women in a variety of emotional states, which are complex, mysterious, and inviting. The women contend with the natural environment, men and boys, unsettled roaming, pregnancies (wanted and otherwise) — all of which builds to the repeated coming-of-age notion of the girl or woman finding her place in the world. Perhaps the strongest story that engenders these elements is “The Eggshells of Everything.” It begins ominously enough: “It was October, so everything was dying from the garden to the yellow jackets, and while Mae loved the colors of the turned leaves and didn’t mind the crispness in the air, she was restless watching the tomato vines go to rust and finding spent moths around the window casings.” We follow sixteen-year-old Mae as she heads out to the dance in her small hometown of Wauconda. It’s 1950 and she falls for a boy, Frank. A sexual encounter occurs. Within the next few months in these rural environs, the story hurtles toward the birth of her child, and an ending where religion is upstaged for family.

In the title story, “The Seven Stages of Anger,” Fox plays with form and style, dividing the story into seven sections headed by select objects: neon, lamb’s wool, carbon, and so on. The story provides glimpses into the life of a girl, then woman, in the Middle East. It spans decades from first kisses to caesarian section to a final act of transformation: “And though we may marvel at the remaining shape of the body when the body has moved on, the finch, the lobster, and the chameleon know enough to leave it behind.” The voice is strange, occasionally twee (“From coal to diamond, I felt your load leaning into me”), but always obsessed with the natural processes of the Earth (“Neon is produced by radioactive decay”) and the biological form we take: “Our tongues are made of skeletal muscle and descend deep into the throat. Like the arm of an octopus, the tongue contains no bony support.” As the central piece of the book, this story supports Fox’s fascination with the natural world, with women’s place in it, particularly the intersections of biology and the realities of how women are raised and treated.

Fox’s collection won the inaugural Press 53 Award for Short Fiction. This was no surprise. Her collection is astutely entertaining, but also quiet and pointed, and becomes a book of lyrical mediation. These are stories that glow on the page.

Wendy J. Fox holds an MFA from the Inland Northwest Center for Writers and has contributed to numerous literary journals, including Washington Square, The Missouri Review (online), The Madison Review, PMS poemmemoirstory, The Tusculum Review and ZYZZVA. Her non-fiction was included in Tales from the Expat Harem: Foreign Women in Modern Turkey (Seal Press). The Seven Stages of Anger and Other Stories is her debut collection and is the first winner of the Press 53 Award for Short Fiction.

Christopher Linforth is the author of the short-story collection When You Find Us We Will Be Gone (Lamar University Press, 2014).
Share This