Wendy J. Fox by The Pull of It 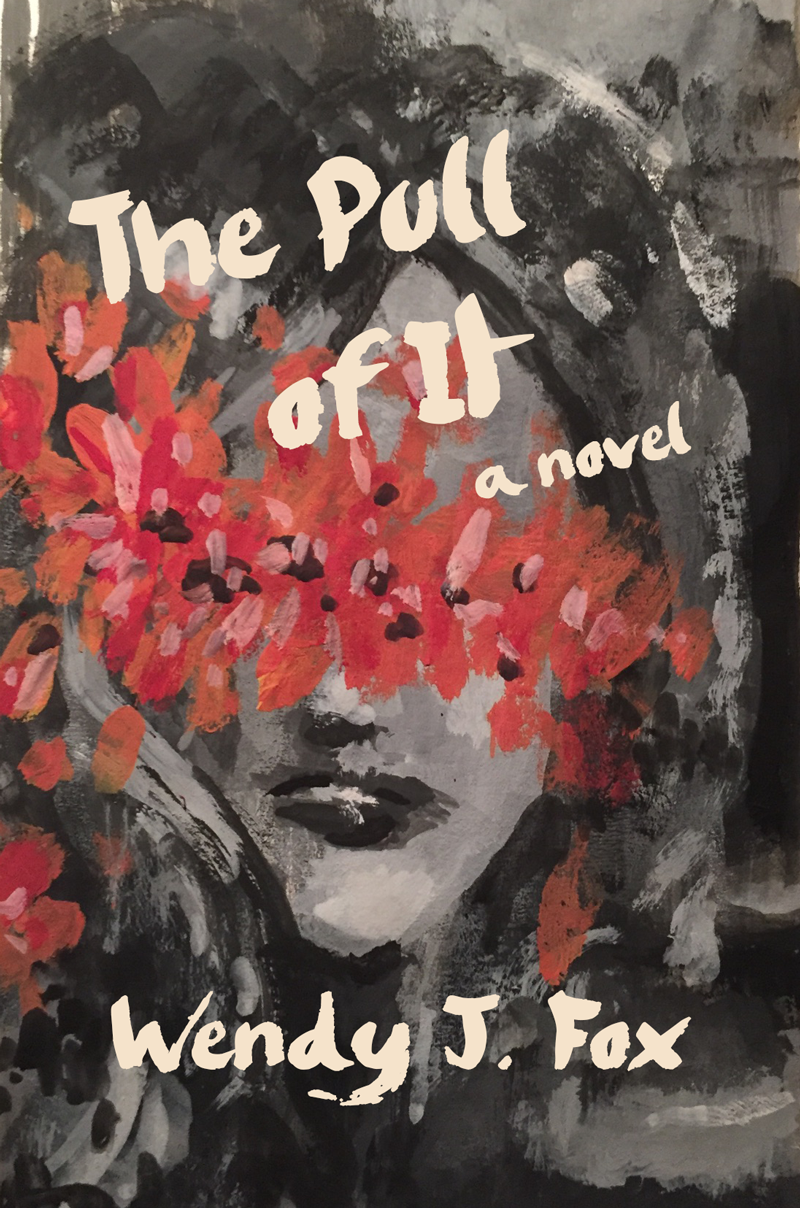 The Pull of It, Wendy J. Fox’s first novel, is palliative care for the neurotic American attachment to routines of housekeeping, childrearing, and career building. For too long, the mundanity of middle-class life has received what John Updike calls its “beautiful due,” and in American fiction this has draped a pall of responsibility and resignation on adult characters. It is what philosopher Lauren Berlant would call a “cruel optimism”: an attachment to middle-class promises of financial stability and family ties—even when those fail to fulfill.

This is Laura Clarey’s crisis in The Pull of It, which sends her on a spiritual journey from the Pacific Northwest to Turkey. After losing her job in the registrar’s office of a Seattle college, Laura succumbs to an ennui that exposes her domestic routines as symptoms of a deep dissatisfaction. She mires herself in housework, obsesses over her daughter Anastasia, and launches a half-hearted job hunt. Her intimacy with husband Julian—“The Marriage,” she dubs it—takes on the self-help ethos of “exercise or healthy eating or reading the classics or driving a stick-shift.” Laura’s blasé attitude toward such rhythms inflects even her wonderment over Anastasia: “It was almost like a miracle that we’d conceived Anne, not a sacred one, but one of statistics.”

After her job loss, Laura’s malaise manifests during a New Year’s party when she imbibes a bit freely on her host’s gin, later admitting that she had violated “one of my jobs in our married life…to not act weird at parties, especially parties hosted by people [Julian] worked with.” Later, she confesses that Julian “had reminded me that first, before the gin ran out, before I’d been complacent and standing outside obsessed with the dog, I’d gotten rowdy and arranged penis shapes from baby carrots and radishes in the hummus dip.” Her puerile and disaffected behavior ruffles Julian, who suggests that she dip into their contingency fund to finance a vacation abroad as a respite from home. They can, he insists, get their sitter back to mind Anastasia. Laura drafts a shortlist of potential vacation sites—Dublin, Paris, Rome, Istanbul—for their distance.

Ultimately she selects Istanbul, and only because her mother and Julian rankle at the city’s potential for danger: “It was silly, mean even,” Laura confesses of her reasoning, “but that’s how I decided.” The city on the Bosporus Strait serves as a symbolic portal between West and East, between the stasis of Laura’s Seattle and the allure of the uncanny. But Istanbul proper is too Western, as Laura notes with an I-told-you-so ire: “[I]t took only a moment to see how wrong Julian was. This place is cold and modern. They took Visa, MasterCard, and bribes.”

She intends to holiday in Istanbul for only two weeks. However, partway through her trip, she suffers a bout of traveler’s sickness, during which her hotel proprietor’s daughter tends to her, “not the kind of kindness…that would ever happen in an American establishment.” The fevers and sweats of the illness prove an ironic baptism: suddenly the very atmosphere of Istanbul is sensual, “the air…damp and salty, like a lover.”

And then Laura breaks all her promises to Seattle, to the hemmed-in domesticity of “The Marriage” to Julian. She “establishes an alibi” for missing her flight, riding the metro until her plane had long since taken off. After selling most of her things in the bazaar, she buys one bus ticket and travels deep into inland Turkey, to a village near Kayseri. Boarding the bus, Laura thinks, exhilarated, “It had been too long…since I had thought of myself as one, singular, the solitaire stone in a silver setting, the remaining finger on a millworker’s hand.”

In the Turkish village, Laura’s rebirth begins upon meeting Yasemin, who operates a twenty-room guesthouse frequented by American and European tourists. Offering herself as a handywoman, Laura learns from Yasemin the techniques for cooking Turkish dishes rich in lentils and spices, for brewing Turkish tea, and for unraveling her American complacency. Her coterie of dear ones is small; it consists only of Yasemin, Yasemin’s former lover Onur, and fellow expat Paul, a Californian artist who lives in Kayseri. Yasemin’s guesthouse slowly solidifies into Laura’s center of gravity: it is the base from which she dispatches postcards to Anastasia, severs ties to Julian and the tug of familial duty, and taps into a reservoir of memories from her youth in rural Washington State.

Soon her bond with Yasemin becomes kinship, one rooted in the earth itself. Laura sees Yasemin as “cradled in the valley,” fulfilling Laura’s earlier observation that “the thing about country people is they can be moved to a new geography, be thrust into the routines that seem normal for the rest of the world, but they still have the dirt on them.” From Turkey, Laura embarks on a spirit quest back into the dirt of her “hilljack” origins in rural Washington State. In spare yet meditative prose, Fox stitches Laura’s past to her present: drinking wine with house guests recalls when she and Julian were “new,” and Yasemin, “not a hurried woman, but efficient,” evokes Laura’s memories of working in rural Washington’s fruit sheds.

But this idyll unravels after a series of accidents rob Laura of Yasemin and land Laura in an Istanbul hospital—where the detection of Laura’s expired visa impels the American consulate to send her home.

Only after this violence (and only inadvertently) does Laura fulfill her promise to return to Seattle—but only, as it happens, to retrieve Anastasia and return to Turkey. Yasemin’s village, Kayseri, and the mountains of Cappadocia: it is there that The Pull of It treads the territory of Jane Austen’s Persuasion, reveling in the risks and passions that remain to us after the years have lowered the gates on the boundless opportunities of youth.

Wendy J. Fox was raised in rural Washington State, and lived in Turkey in the early 2000s. She holds an MFA from the Inland Northwest Center for Writers and is a frequent contributor to literary magazines and blogs. Her debut collection The Seven Stages of Anger and Other Stories won Press 53’s 2014 competition for short fiction. She currently resides in Denver, where she is at work on a second novel.

Patrick Thomas Henry is the fiction and poetry editor for Modern Language Studies. His short fiction, poetry, and reviews have appeared in Green Briar Review, Revolution House, and Sugar House Review, among others. He lives in Alexandria, VA, with his wife and their cats.