The Loved Ones by Sonya Chung 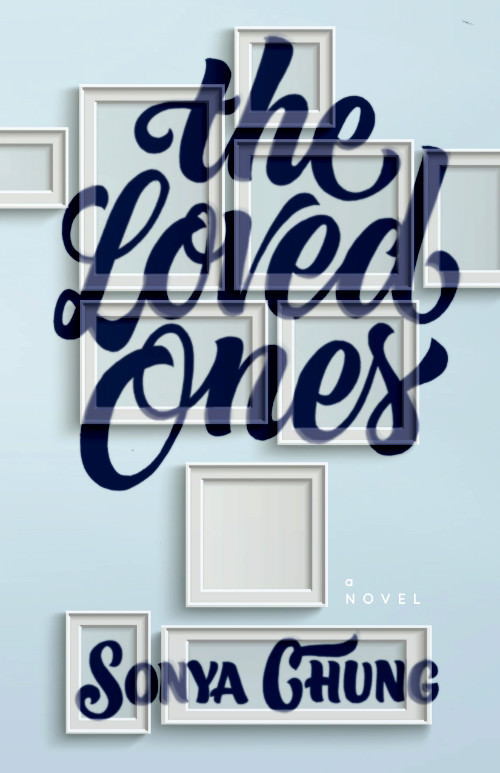 A multigenerational saga, Sonya Chung’s The Loved Ones follows two families living (mainly) in Washington D.C. from 1951 to the early 2000s. After a brief prologue, the story begins near the middle, in the ominous year of 1984. With efficiency, Chung introduces Charles and Alice Lee, pioneers of interracial marriage who first met on a military base in South Korea. They have an energetic six-year-old son, Benny, and an older, more cerebral nine-year-old daughter, Veda. When Alice decides to return to work, she hires a thirteen-year-old babysitter, Hannah Lee, the daughter of Korean immigrants with the same surname. Hannah is an avid swimmer and quiet adolescent who seems untroubled by the idea of giving away much of her summer vacation to watch over Benny and Veda. Meanwhile, Hannah’s parents, Soon-mi and Chong-ho, have their own reservations about their daughter working for an American family. The couple also has secrets they’ve left in their homeland and struggle to adapt to certain aspects of American living.

After Hannah grows close to the Lee children and their parents, she is invited to accompany them on a week-long beach vacation. Tragedy soon ties together and divides the two disparate Lee families, affecting each character profoundly and causing long-term consequences that send some characters whizzing across the globe.

Thematically, the relationship between love, loss, and growth is established almost immediately. For example, early on, while Soon-mi is gardening, she reflects on the internal angst caused by the act of uprooting flowers. This casual mention reflects one of the novel’s central ideas—that loss is as much a part of life as love:

This was the part she didn’t like. Always she had to remind herself, as she sliced through the bone-white roots and offshoots like baby hairs, that she was regenerating, propagating, and not destroying.

At a time when heated conversations about diversity and cultural appropriation in literature abound, The Loved Ones is a wondrous gift, a pleasant reminder that there are many thoughtful writers who can create believable characters of multiple races, ethnicities, and genders without relying on caricature or stereotypes. That isn’t to say Chung shies away from examining more provocative aspects of racial and ethnic identity; on the contrary, she dissects prejudices by leaning into them with character development and circumstances of plot. For the most part, tropes are not left at surface level. Instead, they become part of how characters think, exist, and examine themselves within an unaccepting world full of loss and xenophobia. In other words, aspects of individual identity inform journeys of self-discovery. This is one element of The Loved Ones that reveals Chung as a masterful technician, a writer who can delve equally into emotion and intellect while maintaining lean, memorable prose.

Chung’s craftsmanship is further revealed through her ability to bounce around chronologically. While the narrative generally pushes forward in time, information from the past is deftly withheld—in some cases entirely omitted—only to be seamlessly inserted later. With this flexible structure, Chung’s diligent attention to timelines and geographies not only prevents the novel from unraveling, but also contributes immensely to understanding characters’ motives and actions. Backstory is never forced, because character development usurps plot. More so, the need to relate to the people in Chung’s pages becomes the story’s primary driving factor. The author never has to fill in blanks to catch up to the action, but does pull back to give more insight to the psychology of the disparate Lees.

Considering this demand to understand characters, it’s particularly impressive that the prose itself never becomes intrusive. The third-person narrator is omniscient but not emotionally over-indulgent, a factor that is complemented by Chung’s lithe prose. There is certainly something balletic about the author’s writing, for it has been undoubtedly practiced and perfected, without losing its luster and fluidity. Chung seems to be able to execute with the natural grace of someone who both understands the mechanics of good fiction and has the ability to make art that extends beyond it.

Through it all, the most impressive accomplishment of The Loved Ones is that it covers an extensive span of time and delves into the psyche of many people in a relatively small space, without sacrificing the humanity or cultural nuances of its characters. It is an efficient, vibrant novel, the type of veracious realism that feels necessary in the frantic landscape of 2016. The complexities by which love and loss are intricately interwoven are timeless and the author seems to understand how this connection reaches the core of many conflicts and sorrows. The Loved Ones, in all, is a powerful case study in how characters react to these emotions and how fiction contextualizes our world today.

Sonya Chung is the author of the novel Long for This World (Scribner, 2010). She was born in Washington, DC, and graduated from Columbia University and the University of Washington. Currently she lives in New York City and teaches fiction writing at Skidmore College.

Aram Mrjoian is a regular contributor at Book Riot and The Chicago Review of Books. He is currently working toward his MFA in creative writing at Northwestern University, where he is a fiction editor at TriQuarterly.