The Bird Catcher and Other Stories by Fayeza Hasanat 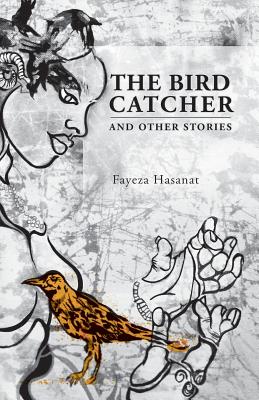 In this richly textured debut, Fayeza Hasanat details the suffering and marginalization in Bangladeshi society, both in Bangladesh and in the US. The Bird Catcher and Other Stories contains multi-layered stories dealing with sexism, racism, xenophobia, and the struggles of forging a new identity from a multitude of cultural influences. These are not popcorn pieces: Hasanat’s words strike deep emotional blows. Just as her readers are rooting for a character’s happiness, Hasanat crashes the world of the story in devastating ways. But the collection is not without levity, and it’s these small moments of triumph that pull readers through to the last page.

The protagonist of the opening story — “The Anamalous Wife” — is a beleaguered and neglected woman who has previously tried to kill herself by walking into the ocean. While confined to a mental facility, she’s remarkably calm and sensible about her suicide plans. (Rather than giving us a character with no name, Hasanat provides many, one of which is “Ranji’s mother, for that’s who I was to him — his daughter’s mother.”) Surrounded by insensitive doctors and patients she deems uncurable, this woman provides a straightforward explanation for her behavior:

I’m a woman married to a house. Oh, and I am here because I wanted to walk into the ocean, and I’m telling you, I’ll do that the day I get out of here.

“The Anamalous Wife” is a complex story moving through multiple themes. The main character refuses to tell her real name due to her doctor’s ignorance. This namelessness is also an expression of her feelings of invisibility to her husband and her surroundings. The woman feels homeless and detached:

I have lived in this country for thirty years, and still haven’t found a way to drill into these people’s heads the concept of my existence as someone not-Indian-now, but once was. So I dismantle your diminishing knowledge of world geography every time people like you ask me the location of a country that is not even my country anymore.

Lonely and adrift, the woman’s only remaining home or comfort is the sea, which she plans to enter again as soon as she is released. The story’s end is darkly hopeful. Hasanat has brought the reader around to the protagonist’s perspective, and we’re almost glad for the woman that her suffering will end on her own terms.

A consistent theme in The Bird Catcher is the desire to escape suppression at all cost. These characters are thirsty for the freedom to be themselves. No story illustrates this more than “The Hyacinth Boy.” Shojol lives a terrible existence: ignored by his mother, molested by his uncle, and harassed by local gangs. His only joys in life are his fishing outings with his friends, during which Shojol loves to brag about his impending escape from his life. Just before he is to leave town, a gang leader named Kana Bokul learns Shojol’s deepest secret: Shojol is a hermaphrodite. Kana is stunned and pretends like he wants to help Shojol. But Kana Bokul takes the earliest opportunity to sell this secret — along with Shojol himself — to the ruthless owner of a prostitution ring. The next scene shows Shojol’s friends fishing without him. Their line catches something large. The boys become excited, only to pull up the mutilated body of Shojol.

While stories like “The Hyacinth Boy” depict suffering, they don’t wallow in it. The reader is presented with difficult realities made all the more visceral by Hasanat’s sharp attention to language:

It was huge, weighing more than a hundred pounds. It’s dark eyes were blank, with swollen splotches of blood in the middle; it’s curly hair, darker than night, floated like the leaves of water hyacinth.

Much like the “The Anamalous Wife,” the reader is both devastated by this ending. The strong emotions such passages elicit are a testament to the power of Hasanat’s detailed eye.

Many of The Bird Catcher’s sentences contain elaborate metaphors that twist across the page. While these extended metaphors slow the stories down at times, they are worth the extra page space. This section from “When Our Father Dies” is a particularly interesting example:

He laughed every time I struggled on a word that didn’t want to come out of my forked tongue: one part third world, one part hyphenated American. My words were Rapunzel’s exotic hair, frantically guarded by the mother not my own. Accidents were bound to happen if I did let that hair down. Words crawled and crept and slimed and slithered. Words got stabbed by the forked ends and caved in underneath my divergent tongue. If words were delicate foods cooked with sounds and winds, then I could have bragged of my culinary mastery at any great ‘wordstaurant.’ But words were nothing but vibration of the wind, plucking strings of the pinnate leaves of thought, filtering sound through tongue, lips, and jaw.

The intensive metaphors pile over one another in a manner that could lose a less careful reader. But anyone meticulously following the strings will be rewarded by the rich tapestry of character development Hasanat’s writing brings to each story.

While most stories in The Bird Catcher deal with exploitation, the final title story is written more as a myth or fable. In this work, the eponymous Bird Catcher seeks to capture the most divine bird in the forest in order to force her to sing and relinquish her gifts: “[The Bird Catcher] thrived for his needs and lived for the satiety of them. For him, need was a happy dependence — an exultant void that must be filled. He always needed to sink his teeth into things to gratify himself.” While the divine bird’s fate isn’t any better than Hasanat’s other main characters, the Bird Catcher remains unsatisfied, delivering the bird a small win.

Despite the dark and difficult focus of Hasanat’s stories, readers are floated on moments of brief victory and on Hasanat’s rich use of language. The Bird Catcher is not the easiest book in the world, but a reader who perseveres to the final pages will ultimately find Fayeza Hasanat’s book powerful, enlightening, and subversively hopeful.

Fayeza Hasanat, a Bangladeshi-American writer, teaches at the English Department of the University of Central Florida. Born and raised in Bangladesh, Fayeza completed her MA from the English Department of Dhaka University, Bangladesh before coming to the US. A Fulbright scholar, she then earned an MA and a PhD in English from the University of Florida. The Bird Catcher and Other Stories is her debut story collection (Jaded Ibis Press, 2018). Her second story collection, Love Has No Story to Tell, is ready to see a publisher. She is currently at work on a novel. A mother of two, Fayeza lives with her husband in Orlando, Florida, where she plans to stay forever: soaked in rain and drenched in sun.

Caleb Tankersley is the author of the chapbook Jesus Works the Night Shift. His story “Dean” won the Wabash Prize in Fiction from Sycamore Review. More of his stories can be found in The Cimarron Review, CutBank, Permafrost, Psychopomp, and other magazines. He is the Full Length Editor for Split Lip Press and lives in Seattle.