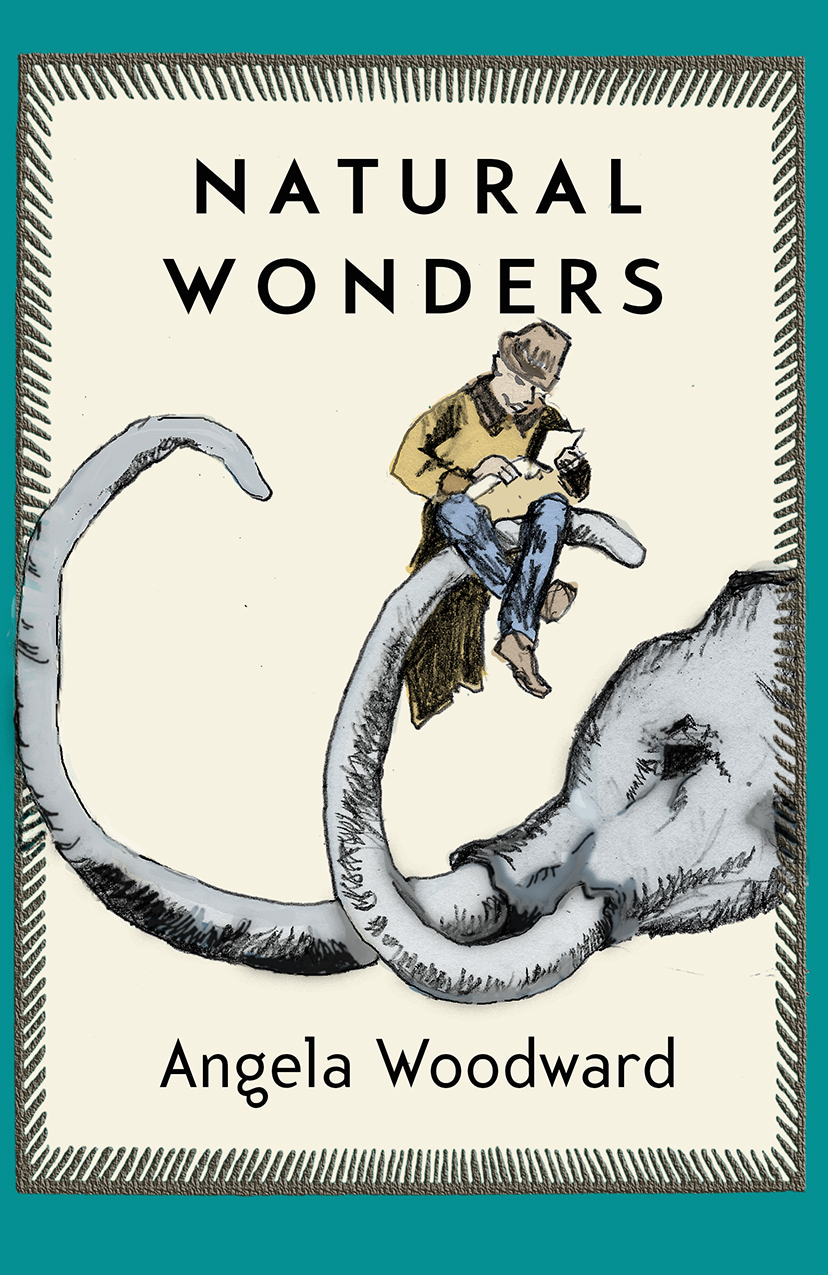 Most undergraduates experience a few large, auditorium-bound science classes during their time in college. These introductory courses don’t require prerequisites, satisfy the university’s multidisciplinary checkboxes, and don’t involve much class participation, at least not in any meaningful way. They are exercises in anonymity: the professor will not get to know the students, and the students won’t have to get to know the professor. Angela Woodward’s Natural Wonders is about trying to memorialize a professor of exactly this type of class, as told by someone who is almost as much of a stranger to him as his students—his wife.

In Natural Wonders, Jenny is tasked with transcribing her late husband Jonathan’s lectures from his Earth and Prehistory course. Their May-December marriage ended abruptly one day when Jonathan died of a sudden heart attack. Jonathan was an expert in the length of early human jawbones, and Jenny came from the typing pool. Jenny isn’t sure what use the book will be to anyone, but she’s been assured by the chair of Jonathan’s department that the university press has some extra funds thanks to the success of some other book, a biography. So from the outset, it is someone else’s prestige that offers Jonathan a chance at posterity. In a similar way, most of this book is about other people—famous scientists, explorers, and other pre-20th century figures—but it’s Jonathan’s place in that history Jenny can’t figure out. When she runs out of things to say about him and his work, she turns to some other sources for inspiration, pulling material from books that have nothing to do with either the Earth or its prehistory.

Natural Wonders is a strange book, in the most flattering sense of the word. It’s a story animated by a superabundance of scientific information and all the primal bad feelings of human emotion/experience: guilt, worthlessness, failure, loneliness, self-absorption, and regret. There is a recursiveness to the sentences in the book, with phrases and sometimes whole paragraphs returning to remind us where we are, a lot like ice ages have periodically frozen oceans and locked up continents over the course of the planet’s history. It’s a helpful device in a book that can alternate at any moment between science history and dramatic metaphorical tangents.

That mutability is the obvious reason why Natural Wonders won the FC2 Catherine Doctorow Innovative Fiction Prize. “Earth and Prehistory was suitable for poets and harpists, and attracted as well the lazy and the hungover,” says Jenny. The class roster presents the kind of hybridity that matches contents of the book Jenny is putting together. “It’s really a kind of thinking I want to get across,” Jenny reports Jonathan having hoped for the class. It’s a statement that could apply to Angela Woodward’s intentions for Natural Wonders as well.

There is a Kinbotian element to the mixture of commentary and source material in Natural Wonders, but at least Pale Fire’s unhinged editor contained himself to the footnotes. At first, Jenny shifts between Jonathan’s lectures and her fantasies almost imperceptibly. Later on, it’s easy to tell where Jenny starts and Jonathan ends, and vice versa, but these transitions are always unexpected, and can happen within a single sentence. This format is explained narratively as Jenny’s strategy for overcoming the gaps in the fossil record of her husband’s life, and aside from Angela Woodward’s gorgeous use of language, it is the most appealing part of the book:

The students looked down at their notebooks, where their hands seemed to have scrawled, “a mysterious mimetic force drifted down from the stars.” Some of them crossed it out. It didn’t sound very scientific. But most of the others left it there, because it didn’t matter to them: if Jonathan had said it, they would transcribe it, and later attempt to memorize what might appear on the mid-term.

Jenny isn’t bound by any of the rules of classroom note-taking. She is Jonathan’s wife, not his student, and creating or recreating Jonathan on the page is much less stenographic act for her than it is for students trying to ace a test: she starts to make it up as she goes along. Wherever Jonathan failed to share his expertise with his wife, she draws material from the kinds of books that she likes to read instead. It’s a hostile act, and one that undermines Jonathan’s first-date assessment of Jenny’s “sweet good nature.” Like Jonathan’s notes state: “It was not possible that both sets of data could be correct.”

Jenny’s act isn’t just aimed at her husband, but also at his field. You can implicate Angela Woodward here as well. She doesn’t waste any of the appropriated material she takes from the sciences: none of it is sacred. There is something appealing about a work of fiction doing science wrong. In the head-to-head matchup of STEM versus the arts, fiction is a classic underdog who it actually makes sense to root for. As this book shows, the lifespan of many scientific theories ends with them being replaced by better research. Old ideas wind up with reputations a lot worse than mere fiction: they’re just plain wrong. In Natural Wonders, Jenny and Jonathan become avatars of this debate.

In some ways Jenny’s narrative technique is an inversion of the phallocratic campus novel of the Sixties and Seventies (the same time frame Natural Wonders happens to be set in). Here the old white professor is dead. Telling his story faithfully would have been administrative duty; Jenny transcends the role of typist and it is kind of a feminist act. When Jonathan’s lectures linger on stories of women being neglected and abused in the course of science history, were those his observations or did Jenny write them in herself? Unclear. Jenny may be an unreliable narrator, but she’s also one with editorial control.

Angela Woodward is the author of The Human Mind, End of the Fire Cult, and Origins and Other Stories, which was chosen by Gabriel Blackwell as the winner of the 2014 Collagist magazine chapbook competition.

Anthony Michael Morena is a writer from New York who lives in Tel Aviv. He is the author of The Voyager Record (Rose Metal Press, 2016) and his writing has appeared in The Normal School, Ninth Letter, Flapperhouse, and Queen Mob’s Tea House. Find him on Twitter @anphimimor and at anthonymichaelmorena.com.