If The Ice Had Held by Wendy J. Fox 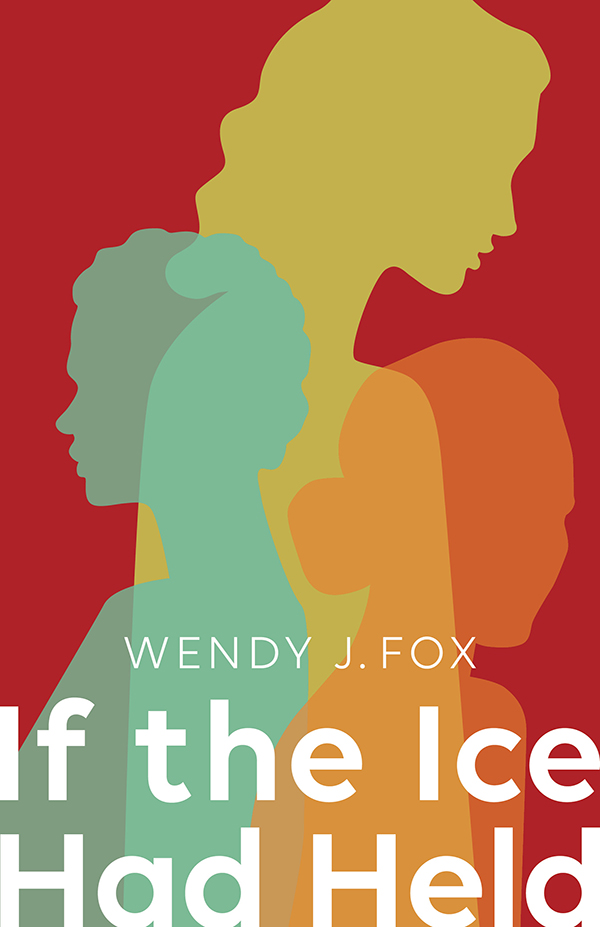 Tracks in the snow may deposit no permanent evidence in the fossil record, but it’s another matter in fiction and poetry, where every impression remains. In her poem “Birds in Snow,” H.D. tracks the pronged marks of bird talons through the frost, concluding that “the tracery written here / proclaims what’s left unsaid.” Wendy J. Fox’s second novel, If the Ice Had Held similarly beckons readers to trek onto frail river ice. But Fox isn’t content to leave us with the cold objectivity of the image, which by implication tugs us onto the fragile crust that separates accident from fate, to the jagged-edge hole in the ice, and along the infinite network of cracks across the frozen surface. Instead, her novel delves beneath that ice, surveys the hidden depths, and tracks the invisible stress- and micro-fractures that could, in a moment, fissure Melanie Henderson’s life.

The lie of Melanie’s birth has remained submerged in the icy waters of family secrets for over three decades, but a series of accidents in the summer of 2007, set against the backdrop of a smoldering Colorado wildfire, threatens to bring that truth to the surface. Cannily, Fox confides the facts to her reader during the early chapters. If the river ice had held in the winter of 1974, Sammy — Melanie’s biological father — wouldn’t have died from exposure. Her birth mother Irene may have been spared the stigma of being only fourteen, pregnant, and unmarried.

But a few inches of ice and a few degrees of water temperature were all that separated accident from fate. In the novel’s first vignette, Sammy’s sister, Kathleen, rues her brother’s death in a lyric rill that’s tinged with a hint of Molly Bloom: “She couldn’t understand [. . .] why he couldn’t have been lifted by the river [. . .] until his toes touched gravel and he put his legs down and he walked back into the night, glistening with cold, yes, lips blue, yes, skin brittle to the touch.” Still, Kathleen has resolve enough to conjure a scheme that lets Irene have the baby in secret. Afterwards, the women swap roles. Kathleen becomes, for all legal purposes, Melanie’s mother. Some thirty-five years later, Kathleen and Irene’s plot (and their friendship) have held fast, and Melanie remains none the wiser. And Sammy’s death lingers for them in the novel’s refrain: “if the ice had held.”

From this springs the novel’s incisive, marrow-chilling dramatic irony: the cold awareness that Melanie’s vague uneasiness is but another fracture caused when the ice cracked under Sammy’s feet. Melanie numbs her doubts through her career as a tech sales rep and through casual affairs with the married men she encounters during business trips and software expos. She carefully curates these encounters, striving to adhere to her rules — “never co-workers, never customers.” When the men bemoan their families or the economy or the pressures of corporate life, Melanie offers “her bulletproof smile” and a banal word of comfort. When they angle for more or confess that they’d admitted the infidelity to their wives, Melanie recoils and ghosts, even though “she felt she had a flexible relationship with consequences, accepting them mostly.”

Still, Melanie herself isn’t immune to sentiment. “There was something magical,” the narrator muses on Melanie’s behalf, “in how hard it was to know who strangers might end up being.” And she still anchors herself to her own family. To “dampen the feeling of spinning she’d always had, even if only for moments,” Melanie establishes something of a home base in her Denver condo, close to Kathleen and Irene. Yet, the cycles of her life bear down on her, and the fatigue of it all — the travel, the affairs, the lies of her parentage — manifests as the novel advances. While taking a cab from the Cincinnati/Northern Kentucky Airport into Cincinnati, the narrator slides into Melanie’s perspective, voicing the “it could be worse” mantras sustaining her:

Tomorrow she would be a participant in a training conference, badged and coiffed, ready to learn about market conditions and perhaps even the parent company’s favorite, market penetration. She shuddered some. She reminded herself that she was good at what she did, that she had health insurance and a nice place to live. She reminded herself how much harder her life could be. She thought about things in a way she had not been present with in a long time, like, [. . .] if I am stuck outside on some cold night and then in the morning my body declines to wake against the crystalline ground and the clear air… There were so many different ways to die.

Indeed, Melanie’s life could have been much harder — but she scarcely knows the extent of it. Here, in a mundane scene of a cab ferrying Melanie across a state line, Fox deftly traces the fractures of the past into the present, where they fissure Melanie’s resolve. Her shudder in the cab is both an actual chill and a figurative haunting — a gesture toward Sammy’s death in the river and premonition of her lyric, fatalist hypothetical that eerily reenacts that inciting moment.

This quiet turmoil is the province of Fox’s fiction, and she has charted it with empathy and precision in her two previous books, the award-winning short story collection The Seven Stages of Anger (Press 53, 2014) and her novel The Pull of It (Underground Voices, 2016). Where Fox innovates in this novel, though, is in its structure, which forges the iron-cold chain of relationships that tether the generations of the Henderson family. In a series of thirty-seven short chapters, Fox alternates between the perspectives of Melanie, Kathleen, and Irene. But the novel also tells chapters from the perspectives of Brian and Jenny, a couple whose lives are inextricably meshed with Melanie’s: Melanie has slept with Brian on one of her business trips, but Melanie has also worked with Jenny’s law firm on one of the many merger/cost-cutting exercises that riddle the precarious existence of a tech start-up. When a power outage and an accident bring these families together, these private narratives and sheltered perspectives converge upon Melanie. The narrator whispers to us the epiphanies that suddenly, coolly, surface for Melanie. Her transient lifestyle and her affair with Brian unravel:

she remembered Brian had not shown her any pictures [of his children], he had shown her travel receipts and rupees, had spread them out on the rim of the bar counter like a reef, and the reef made harbor, and inside of the harbor Melanie and Brian could have been anyone, but they had been themselves, telling one another their real names and talking about their real lives.

And still Melanie has Kathleen’s example, which instructs her to leave the surface ice undisturbed: “Her mother had always been good at accepting when bad things happened — she shrugged, she licked her wounds, and she kept it to herself.”

Herein lies the dramatic irony of Fox’s novel: this narrative holds to account how a family’s strategy for self-preservation, passed down to the next generation, perpetuates a legacy of grief. In If the Ice Had Held, these family histories — endless microtransactions that accrue a terminal interest — quash the possibility of candid intimacy. Still, the vignette-length chapters spare Fox’s novel the cumbrous heft of other staples of the American, multigenerational family saga — we might contrast If the Ice Had Held and Fox’s swift-coursing prose to Larry Woiwode’s 1975 Beyond the Bedroom Wall and its sprawling 600 pages, or Annie Proulx’s recent novel Barkskins and its titanic, 700-plus pages.

Instead, Fox brings to the family saga a poet’s eye for those details that convey the hidden mass of the iceberg and its ineluctable momentum, and her incisive prose cuts a channel through the ice of family silences to show us the choppy waters of lore, of secrets, of hidden loves from which we all emerge. The marvel of If the Ice Had Held is that Fox draws this lyric history of Melanie Henderson and her family from the traces left in the powdered snow and ice, and she inscribes it in vivid prose that lingers as if in our marrow, like the beautiful ache of the cold.

Wendy J. Fox (@WendyJeanFox) is the author of The Seven Stages of Anger and Other Stories and the novel The Pull Of It. She received her MFA from Eastern Washington University, and her work has been published or is forthcoming in many literary reviews, websites, and blogs.

Patrick Thomas Henry (@Patrick_T_Henry) is the fiction and poetry editor for Modern Language Studies. His work has appeared in or is forthcoming from Massachusetts Review, Fiction Southeast, Passages North, and Clarion, amongst other publications. He teaches creative writing at the University of North Dakota. Find him online at patrickthomashenry.com.