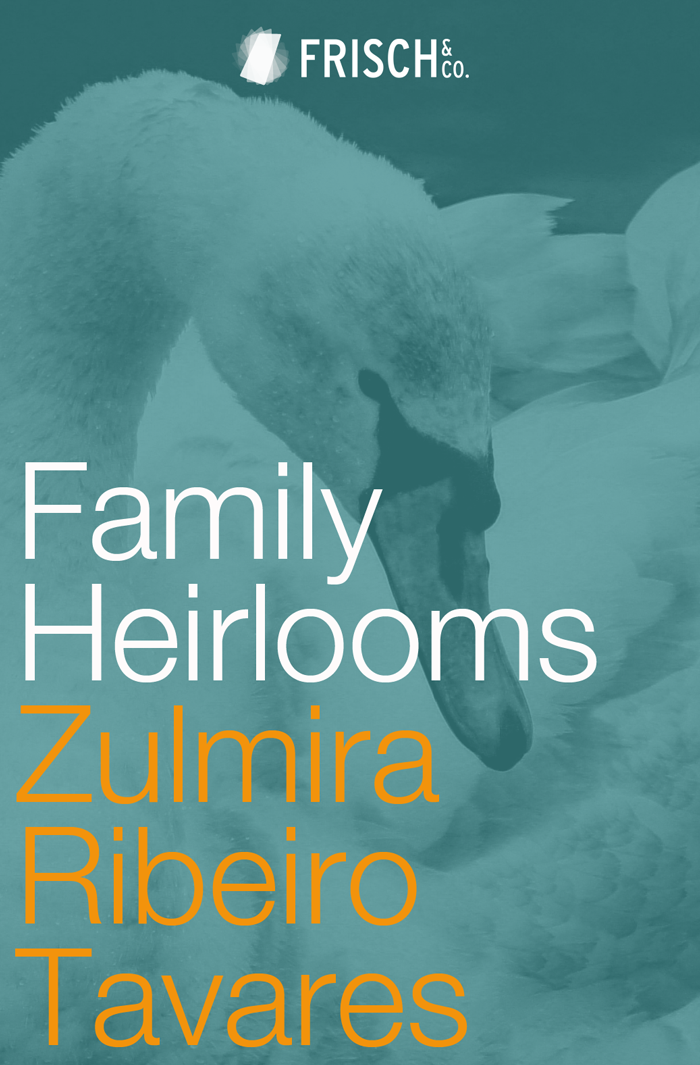 The growing popularity of Clarice Lispector—thanks in no small part to the efforts of translator-biographer Benjamin Moser—has opened a larger space for translated fiction by women such as Zulmira Ribeiro Tavares. Lispector, Tavares, and their translators continue the fight for gender equity in publishing by exploding many of the facile dichotomies that publishers and marketers use to circumscribe “women’s literature.” Some resent it. In a recent article in the Telegraph, Nicholas Shakespeare finds Lispector “morbidly insensitive to readers who thirst for plot, character development, lucidity,” etc. These thirsty readers could stand a little reeducation if they can’t sate themselves on Lispector’s écriture féminine. Though Tavares’s Family Heirlooms is stylistically a more easily-accessible novel than Lispector’s mature pieces, it likewise challenges our assumptions about literature and language.

Family Heirlooms is the first of Zulmira Ribeiro Tavares’s ten books to be translated into English, an awesome accomplishment by translator Daniel Hahn and publisher Frisch & Co. Hahn’s excellent translation captures Tavares’s taut and vibrant realism, which eschews the avant garde philosophizing of Lispector and the spiritualism of Coelho in favor of a frank, conversational tone that belies its own complexity.

The novel begins with Maria Braúlia Munhoz, whose nephew Julião has just arrived at her ninth-story apartment in São Paulo to deliver some bad news. A jeweler has appraised her prized pigeon’s-blood ruby—an engagement present from her husband, the late Judge Munhoz—and discovered that it is a fake. Maria Braúlia doesn’t take the news well. She questions the jeweler’s credentials and her nephew’s competence. Despite his protests, she sends him away so that she can retire to her bedroom. The narration follows Julião, explores his present disappointments and his future ambitions, and for a short while we think, “Ah, this is what the novel will be about. The classic clash of generations. He will play Rastignac to her Goriot.”

But then we return to Maria Braúlia alone in her room—an important gesture in this novel, the withdrawal from public to private space. We learn from the narrator that Maria Braúlia has known all along that the ruby was a fake, and from there the story proper begins as we descend into Maria Braúlia’s memories, from the day Judge Munhoz gave her the fake ruby to all the consequences of that first deception. Tavares maneuvers the reader into the position of a confidante, creating an intimate voice perfect for a short novel.

The narrative returns occasionally to the present, but never to pursue anything having to do with Julião. By motioning toward but refusing to tell the nephew’s tale, Tavares turns an expected masculine narrative of formation into a feminine one. She plays the important themes—love, ambition, deception—but then modulates them into a different key and slows the tempo. It’s a masterful prologue, a thoughtful and well-paced meditation on genre itself.

This kind of subtle self-reflexivity is Tavares’s preferred method throughout Family Heirlooms. The fake ruby, for example, dominates the novel. It stands as a symbol for every fractured aspect of Maria Braúlia’s life: her split public and private personae, her willful ignorance of the Judge’s private life, the Europhilic high society of São Paulo in which the Munhoz family moves. Maria Braúlia and Judge Munhoz’s marriage is a careful negotiation of the sayable and the unsayable, a fine mixture of truths and lies, and the ruby is its perfect emblem.

This would be a clever enough literary device, but Tavares takes it to the next level by making the narrator and major characters keenly aware of the ruby’s metaphorical applicability to their own lives. Each of the major players explicitly references the fake ruby as a literary device at some point, either in private thought or in conversation with others. Tavares turns the spotlight on language itself, showing how language functions not only as a tool for communication but also as a sort of antibody against unpleasant truths. Language, with the proper flexibility, can make a friend of even the worst enemy. “A good lawyer is like a good dyer, that’s what Munhoz always used to say. He’ll paint any law in the colours of his own flag!”

Those readers who thirst for plot and character development will find it, though in my opinion the plot is only a MacGuffin, a minor concern at best that affords Tavares room for her sharp observations on language, religion, and class. Family Heirlooms is a good read, a quick read, an enlightening read from a living voice that deserves a larger place in the world of translated literature in English. I would encourage readers to purchase and download the book directly from Frisch & Co. Satisfied readers will also be glad to know that Vesuvius, Tavares’s first collection of poetry in English translation, is due out this August from Wolsak & Wynn.

Zulmira Ribeiro Tavares was born in 1930 in São Paulo, Brazil. She is an award-winning writer of fiction and non-fiction, whose works include: Termos de Comparação (1974), which was awarded the literature prize by the São Paulo Association of Art Critics; and O Nome do Bispo (1985), winner of the Mercedes-Benz Prize in Literature and forthcoming from Frisch & Co. in 2015 as The Name of the Bishop. Family Heirlooms (1990) was awarded Brazil’s highest literary honor, the Jabuti Prize.

Daniel Hahn is a British writer, editor and translator. He is the author of a number of works of non-fiction. His translation of The Book of Chameleons by José Eduardo Agualusa won the Independent Foreign Fiction Prize in 2007. He is also the translator of Pelé’s autobiography; and of work by novelists José Luís Peixoto, Philippe Claudel, María Dueñas, José Saramago, Eduardo Halfon, Gonçalo M. Tavares and many others. A former chair of the Translators Association, he is currently national programme director of the British Centre for Literary Translation.

Tim Ellison is an Editor at Ox and Pigeon Electronic Books and an Advisory Editor for fiction and poetry at Strangelet. He writes about contemporary poetry at Tim Reads Poetry and spends too much time at Twitter (@timothyjellison). He and his wife, Amy, live in Boston.