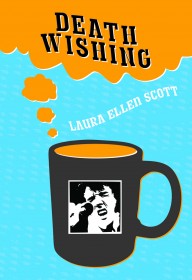 Many years ago, I was obsessed with a show called Sliders. It starred Jerry O’Connell (before he went all Stamos on us) as Quinn Mallory, a genius graduate student who discovered a way to travel between parallel worlds. What tethered me to my television each week was not the pedestrian dialogue or questionable visual effects, it was the chance to see a new universe with each episode, a new society in which there were new rules, new hierarchies, and new ways of life. Certainly, this is not a unique concept to science fiction fans, but it was fresh at the time, and hey, let’s face it, Jerry O’Connell wasn’t half bad to look at.

Sliders introduced its audience to societies where men were considered the “weaker sex”, a world where the human race was under threat of destruction by an asteroid, and (in my personal favorite) a world in which the English have won the Revolutionary War. The point is, you never knew where Quinn and his gang were going to pop up. Sadly, Sliders eventually went the way of most Fox shows, and only lasted five seasons. And the sci-fi geek inside of me has been silent ever since. Then, just when it seemed I would never get my geek on again, I met Death Wishing, the new novel by Laura Ellen Scott.

Set in post-Katrina New Orleans, Death Wishing follows the story of Victor, an overweight and depressed middle-aged man who, after a divorce from his wife, is forced to live with his son, Val. Together, the two men run a semi-successful corset shop and begin a psychological tug of war over Pebbles, a lovely young woman who ping pongs between father and son through most of the book. The corset shop is entertaining, and introduces us to some fascinating minor characters, but it is what happens outside of the shop that makes this book so appealing.

No one knows when it started, but one day someone made a wish on their death bed, and it came true. And just like that, in the silence of someone’s last heartbeat, New Orleans, and the world, started to change:

The nights the cats were wished away was a hard one full of wine, tears, and spectacle. Even those of us who were indifferent to feline companionship felt heartbroken for those who weren’t, and together our humid, grieving silence was more tangible than the awe-filled silence that followed the disappearance of cancer.

Suddenly that little geek girl inside of me started waking up. Alternate worlds, parallel universes, and the chance to explore the age-old question: what if? This is too good to be true! And Scott spares no expense with her imagination. A city with orange clouds, the return of Elvis, a third eye for all mothers. These small yet vastly significant and life-changing wishes transform this story into something magical. What I loved about Sliders, I love about Death Wishing. The citizens of New Orleans, and the United States as well, have to adapt to an ever-changing society as more and more death wishes distort the reality in which they have grown accustomed.

But, while the rest of the world may be rejoicing in a world without cancer and cats, Victor struggles with the whole phenomenon. Knowing that his death wish could possibly impact so many people, the consideration of said wish suddenly becomes forefront in Victor’s mind. At the urging of his ex-wife and son, Victor begins searching for a wish that will transform the world, without causing harm or disruption to the human condition. What he finds, however, is a dark pocket of corruption, brutality, and a group of nefarious night people who want him and his good friend, Martine, dead and without a wish at all.

This book works on so many levels. Victor is everything a reader wants in a narrator. His self-deprecating and sarcastic insights endear him to us. As he struggles to lose weight with the help of a Weight Watcher’s-esque group, we cheer for him. As he lusts after Pebbles and loses her time and time again, we pity him. As he struggles with his guilt over his past mistakes as a husband, a friend, and a father, we empathize with him. He holds nothing back and at times he became so flesh and bones real, that I had to remind myself that the book was actually written by a woman.

Laura Ellen Scott also manages to keep the bones of her created world properly constructed in the reader’s memory. She has dreamed for us a complex physical world, and a less sophisticated writer would be tempted to drop a strand or two while adding new dimensions to the thick narrative braid. Like in this scene where Victor meets up with his ex wife after some time apart:

But I’d almost forgotten. She reached to pull a Blackberry out of her purse, twisting in her seat. The little eye, there in person. It winked at me. Made my toes and fingers go all hot.

Ah ha! I, too, had almost forgotten about those little third eyes! Just when you start to forget about the previous wishes and their impact on her characters, Scott pitchforks them across the page and reminds us of her skill.

My one criticism of the book, and unfortunately there is one, is that at times I felt the plot was a little too heavy. The concept of this book is so refreshing and the characters so well developed, that I don’t feel it needed such a large helping of subplot. At times I was a little confused as to who wanted who dead and why. But then, I would strike upon a verse so beautiful and rich, that my confusion would float away into the newly orange-clouded New Orleans sky.

Finally, let’s not forget about Elvis, who’s return to living after being dead for so long, is a gem of a thread. The Elvis, as he is called now, is looked to by the masses as a peace ambassador, a man with answers, someone who will save mankind. But The Elvis is different. He is in a foreign world. And he can’t slip into his old vices easily, since he “didn’t know what pill did what job anymore.” The King as a fallible man, unable to fit in, confused and disoriented, is well developed and paced. His journey mirrors that of our narrator. Two men, past their prime, searching for a place to call home.

Death Wishing is a fresh book, a fun book, and one definitely worth your time. It’s laced with wit, flirts with science fiction, and turns our world inside out. If Laura Ellen Scott ever gives up writing novels (which I hope she won’t), she should give Jerry O’Connell a call. Maybe it’s time to get the gang back together…

Editorial Note: Although Necessary Fiction editor Steve Himmer provided a blurb for Death Wishing, he was not involved in reviewing it or selecting it for review.

Laura Ellen Scott is a recovering Ohioan whose short fiction has appeared in Barrelhouse, Smokelong Quarterly, Wigleaf, and elsewhere. She is the author of Curio, available from Uncanny Valley Press. Currently, she lives in Northern Virginia and teaches as George Mason University.

Amye Archer has an MFA in Creative Writing from Wilkes University. Her work has appeared in PANK Magazine, Twins Magazine, Provincetown Arts Magazine, The Ampersand Review, and Boston Literary Magazine. The author of two chapbooks, No One Ever Looks Up (Pudding House Press,‘07) and A Shotgun Life, (Big Table Publishing, ’11). She currently adjuncts at 9,000 different schools, is the Reviews Editor for PANK, and the Interviews Editor for Hippocampus Magazine. She shares her life with her brilliant husband, Tim, and their twin daughters, Samantha and Penelope. She hates talking about herself in third person. You can read her blog at amyearcher.com.