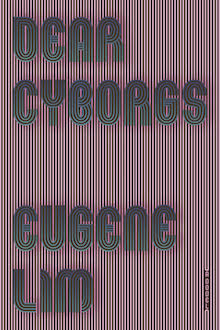 Eugine Lim’s third novel, Dear Cyborgs, is born into a climate of social and political unrest. Following the 2016 US Presidential Election, millions of Americans, and millions more around the world, have marched in protest against Donald Trump and his administration. It can’t be denied that these demonstrations have waned in the subsequent months. Still, political activism and social disobedience are once again at the forefront of contemporary American culture.

What effects, if any, do protests have on the people in power? Is it possible for citizens to invoke meaningful societal change through mass demonstrations? These difficult questions are at the heart of Dear Cyborgs.

Any novel that openly struggles with political issues runs the risk of becoming pedantic, and there is no faster way for a writer to frustrate an audience than with a dense, dry lecture. Fortunately, Lim never strays into this territory. His novel begins with a pair of young Asian American boys, the only two in their small Midwestern town. Their pastimes are typical of adolescent boys: TV, music, pizza, recreational drugs, and, most importantly, comic books. The two even start creating their own comic books, and what follows is implicitly, if never explicitly, the results of their collaboration.

The bulk of the novel is an interlocking series of monologues spoken by three comic superheros sharing a leisurely afternoon together. Their stories are loosely related, like anecdotes being shared at a party, where one story reminds someone of another. They discuss contemporary art, the evolution of capitalism, and, of course, protests. One hero recounts being part of a massive protest against “the excesses of corporations.” The protest is massive and includes a wide-ranging set of complaints, from “carcinogens in our food,” to “covert and overt racism.” The enormous group of protestors march on the headquarters of a particularly unscrupulous energy conglomerate. They are excited but surprised by how easily they are able to overtake the building, only to discover that this was less of a victory than they anticipated:

At first I thought the cops were just overwhelmed and unwilling to confront such a huge segment of the public, but it became all too clear that the state had planned at least as elaborately as the protestors. (Later it was even suggested that the entire ambition to take that particular building had been planted by agents provocateurs.) As dawn broke the next day, it slowly became clear to us that we’d been tricked into imprisoning ourselves.

Police surround the building and demand that the protestors surrender and plead guilty to a myriad of crimes. If they do not surrender, the police say they will demolish the building with the protestors still inside. Many of the protestors do surrender, but others stand their ground. They camp out in the building for years, which is now without power, and survive on rations extracted from vending machines or delivered via helicopter by sympathizers. In the end, the police back down on their threat, but only because of a “cost-benefit analysis, run by ruthless corporate-government actuaries.” And, what effect does this protest have? All indications suggest the protest was largely ignored, and “in return for their headquarters being converted into an extemporaneous prison for the occupying protestors, the energy company received massive tax subsidies, which enabled them to build a tower of rivaling height only a few blocks away.”

This story paints a bleak picture. Yes, the protestors are strong-willed, resilient, and steadfast, yet they are clearly outmatched by the forces of capitalism and political authority. As one protestor later graffities on the side of a destroyed bus, “it is easier to imagine the end of the world than the end of capitalism.”

Dear Cyborgs is as daring and exciting as it is thoughtful, and perhaps disheartening only because of the context in which it exists. Maybe at some date in the distant future, the same passage could be read as a tale of persistence in the face of overwhelming adversity. Near the end of the novel, the superhero team plays a small game in which they strike a hovering surveillance drone with a slingshot, “making it stutter and fall halfway to the earth before it compensated and wobbled back up to its designated perch in the air.” This seems to be a reminder, that although we may not be able to influence large, sweeping change overnight, there are small opportunities for resistance everywhere.

Eugene Lim is the author of three novels: Dear Cyborgs, Fog & Car, and The Strangers. His writing has appeared in Fence, the Denver Quarterly, Little Star, Dazed, The Brooklyn Rail, and elsewhere. He is the founder and managing editor of Ellipsis Press and works as a librarian in a high school. He lives in Queens, New York.

Thomas Michael Duncan writes fact, fiction, opinion, and the occasional bit on nonsense. His work has appeared most recently in Paper Darts and The Conium Review. He lives in Columbia, South Carolina.