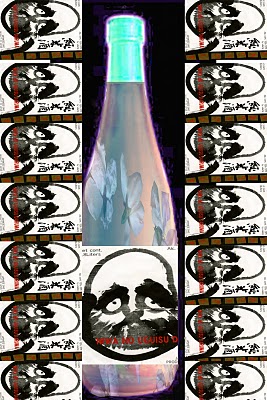 Outlaws and Outsiders is the theme of Blood Lotus #19, an online quarterly which has been publishing poetry, fiction and other hybrid forms since 2006. The pieces collected here, presented in an elegant and streamlined online viewer, one of the best this reviewer has ever seen, are as much a celebration of the individual at the margins as they are a critique and compassionate exploration.

The journal opens with eleven poems. Each poem’s relationship to the journal’s theme presents the reader with a curious interpretive task. Some are easy connections, like Jeff Dupuis’ “Fossil Hunter” about the strange and unexpected minds of children. Or Sarah Chavez’s “When She Asked Was I Afraid of Needles” in which Chavez takes her reader to the playground, to out-of-step Catholic schoolgirls and the intoxicating rush of a friendship forged in breaking rules together:

At recess, we cracked the plastic case of the pen
against the metal bracing of the jungle gym

and buried it in the sand below where other eleven
year olds buried marbles, rubber balls and love notes.

J.P. Kelleher’s “Space-Time Daughter” is a subtler interpretation of the theme. A man wondering at his daughter’s experiences, expanding and collapsing her life so we see her as a grown woman, then a girl, then a mother, while he imagines things he cannot know.

Getting her first period
And holding her grandson

Kissing my wife at my funeral

One of the most enigmatic pieces, yet successful in the way it engages the theme of the issue, comes from the Gray Area, the section of the journal dedicated to hybrid or other difficult-to-categorize forms. Lawrence Wray’s 4-part “Second-Bodied,” is a multi-paneled study of longing. This is experimental prose at its most careful, when the odd phrasings and uncharacteristic pairings of words unexpectedly explode with meaning:

Beneath all these, the underhum of air, and beneath that an emptying sound—
tunneling shifts and knocks, pulse and streaming of sound that is about to tremble
in our bones,
that is about to
tremble on the skin-
drum of the self

Of the three short stories presented in the journal’s Fiction section, “Outlaws,” a tragi-comic “genre” piece of western violence, is filled with the dust and dirt and sweat of its fictional reality. Nate Liederbach tells of a handful of bandits, a stolen knife, a bereaved Mormon with his captured “Injun” woman, a handicapped boy and his elderly mother, along with outlaw power struggles, rowdy saloon shenanigans and even an appearance from John Smith “hisself.” Liederbach’s narrator is as close to the action as the subject of the story, telling of this group in their own dialect and on their own terms. A clever story with prose that manages to contain both the playful and the violent.

Gone off with the knife then, off with a sack of food and three horses, but for the week’s duration he could not sleep. The wilderness groaned and buckled. Squirrels made wrong sounds and rocks he touched gave human pulse. Terror’s too weak a word. Certain the ghost-squaw and her forest spirits stalked his raw heart, the man found a clearly Christian township and peaceably surrendered.

In Mark Todd’s “Net Worth” the reader finds a world where the words cyber and reality are not just linked, but blurred. The story showcases a rather sociopathic cybermagician who finds himself duped in his own cyberfantasy by a virtual imposter. Or is he only virtual?

Thomas Mundt’s “Robocop is Always very Busy in June” is a playful alternate reality sketch about a diligent city worker, overwhelmed with tedious tasks and heartbreakingly different from his colleagues with their hip lingo and offhand disrespect. Even his boss, chatting over the cubicle wall with Robocop one afternoon, says with unapologetic candor, “Loosen the fuck up, ‘cop. Jesus. This is a social call.” With deadpan humor, Mundt makes it very clear that Robocop is NOT exactly human, and yet he becomes the most human element of this entire laugh-out-loud story.

At only 42 pages, Blood Lotus #19 might not even take an hour of your time, but many of these pieces, with their startling imagery, carefully-depicted emotion or moments of genuine humor, will continue to linger and haunt.