Beyond the Rice Fields by Naivo 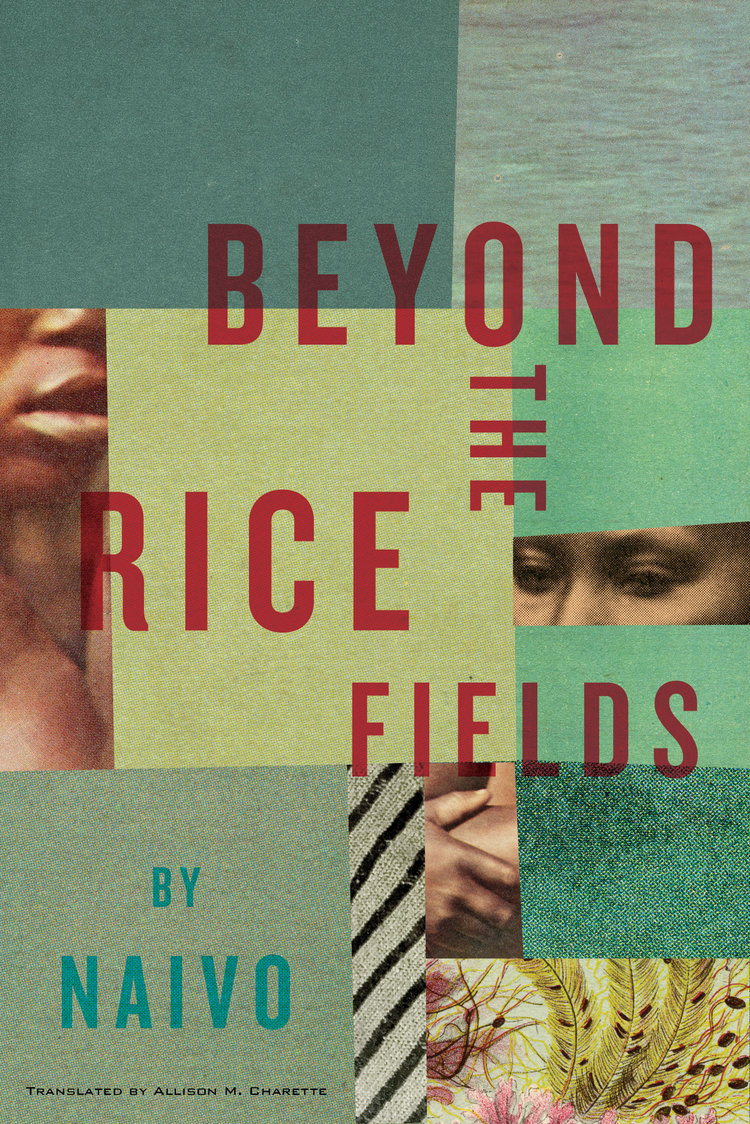 The opening of Beyond the Rice Fields, set in 19th-century Madagascar, evokes the mists of memory, of bittersweet childhood lost in time. Alternating chapters are narrated by Tsito, sold as a slave at the age of nine, and Fara, whose largely absent father purchased Tsito and left him with her mother and grandmother. An outsider to the community in which he spends most of his childhood, Tsito describes the local customs and unfamiliar landscape. The tension between the uncertainty and the specificity of memory parallels the experience of the reader, for whom the action of the novel is even further distant.

The novel begins with the words of Tsito:

Every time I watch the fampitaha, my heart aches, and I can see Sahasoa again, where I spent the first years of my life with the people under the sky. I can see Fara again, who was crowned queen of the competition. Back then, we still rolled the gatestones across the entrances to our fortified villages, every night, before dusk fell. The rice fields were bounded only by the swampland, teeming with life, and by the limits of human labor. That was the age of childhood fancies and the first schools, of bullfighting, nighttime stories, and chameleon battles. What of that now remains? That world is slowly fading from my memory, its edges frayed by the passing years, washed away by the tide of time like the old, sun-bleached bamboo stalks from our fishing rafts. It erodes under the here and now, like our red walls under the monsoon rains.

The elegiac opening begins a detailed recollection of childhood and a gradually accelerating narrative of social change and violent conflict. The colonialism prompting that change is both ever-present and muted, lying at the outer edges of the narrators’ daily experience. Tsito narrates the bulk of the story, in chapters whose titles resonate with the language of collective memory and instructive fables: “The Home of a Hundred Cattle and a Hundred Slaves,” “Mount Andrigiba’s Lament,” “Of Courageous Men and Foolhardy Rats.” Fara’s chapters are untitled. While the action is linked to Malagasy history, and identifiable historical figures appear in the book, there is no sweeping overview of the colonial process. Rather, as Tsito and Fara come into greater contact with foreigners, or find their lives increasingly affected by the religious and political changes at work, the reader pieces together that reality along with them—a limited perspective achieved without cloying pretended ignorance or coy withholding of information.

Tsito recalls the marks his enslavement has left on both body and mind:

Rado bought me at a slave market. When he brought me to Sahasoa, Fara was seven. I was two years older than her, but I looked a year younger, and I still spoke with a lilting forest accent. My home village had been razed to the ground when Radama’s troops attacked. All the men were killed, and the soldiers had ransacked all their possessions. Having captured the women and children, the king’s troops kept a handful as trophies and sold the rest at the slave market. They killed my father and my grandfather, my two older brothers, my two paternal uncles, and my maternal uncle. My childhood memories are haunted by bodies littering the ground.

Slavery continues, but the trade is changing. Tsito’s anonymous seller “sighed and reminisced sadly about the time when the business of lost men still flourished. Ever since the Sovereign King prohibited the export of slaves, ceding to British pressure, the trade was no longer what it had been.”

Tsito also spends time in England, learning shipbuilding in Chatham, an experience that introduces yet another variety of the outsider’s perspective as well as a further glimpse of the process of colonialism and its multilayered effects. He meets another young apprentice, who “showed some interest in what he called ‘the Colonies’” and agrees to help Tsito and the Crown Prince’s cousin Randriamahita, apprenticed with him, learn the language. “One day, I told him how anytime the sovereigns appeared in our country, they were announced with a tune that we called sidikina, from the English God Save the King. He seemed pleased by that.”

Originally published in French, Beyond the Rice Fields is the first novel from Madagascar to be published in English translation. Translator Alison Charette transmits a multilayered, many-peopled plot, working across widely ranging registers and balancing more roundabout storytelling with the immediacy of dialogue and individual observation. The language of the translation mixes formulaic-sounding echoes of an oral tradition and much more contemporary word choices. Frequent references to “the people under the sky” or the grandmother’s reassurance, “we are easily delivered from what we are not guilty of,” contrast with sometimes startlingly informal language—“I was blown away,” Tsito observes at one point; at another, Randriamahita says to him, “Hey, so get this, Tsito.” Elsewhere, Fara describes disagreements with rival clans that have “morphed into outright hostility.” The translation includes a glossary, a list of proper names, and a chronology, all of which are helpful for a reader unfamiliar with Madagascar. The visible language traces evident in the text are Malagasy, not French, as if the French of the novel’s original version had been a bridge between the (implicitly) Malagasy-speaking characters and the French readers; that has in turn been replaced by an English-language bridge. Charette pulls this off without flattening or overly domesticating the text.

The atmosphere of Beyond the Rice Fields is immersive, the action intricate and tangled until the strands begin to lead toward an inescapable conclusion. A strength of the novel is the slow build, both in the pace and the intensity of the action. An extraordinary trial by ordeal—a centerpiece of the book—appears more than once, repeated in such a way that it is intensified for the reader, rather than diminished. As the tangena ritual is described first by a bystander and later by a victim, who describes her efforts to regulate her response to the poison if she is to prove her innocence, the reader comes to share the victim’s dread.

Naivo’s novel rewards the reader’s patience. The gradual, relentless increase in pace creeps up on the reader, lulled perhaps by earlier considerations of childhood games and petty rivalries. Unlike the first four parts of the novel, the chapters of Book 5 are no longer titled, as the action begins to accelerate and the tension builds. The ending is both heartbreaking and distanced, the authority of memory now confirmed by dates, the dread and suffering of the ordeal held at bay: “This occurred during the Alakarabo moon, in the twenty-first year of the Sovereign Queen’s reign.”

Naivoharisoa Patrick Ramamonjisoa, who goes by the pen name Naivo, has worked as a journalist in his home country of Madagascar and as a teacher in Paris. His first novel, Beyond the Rice Fields, was published in its original French version in March 2012 by Éditions Sépia. Naivo is also the author of several short stories, including “Dahalo,” which received the RFI/ACCT prize in 1996, and “Iarivomandroso,” which was adapted for a theatrical production in Antananarivo, Madagascar. He recently released a short story collection entitled Madagascar entre poivre et vanilla, which explores various topics pertaining to contemporary Madagascar.

Allison M. Charette translates literature from French into English. She received a 2015 PEN/Heim Translation Fund Grant for Beyond the Rice Fields, the first novel from Madagascar to be translated into English. She founded the Emerging Literary Translators’ Network in America (ELTNA.org), a networking and support group for early-career translators. Allison has published two other book-length translations in addition to short translated fiction that has appeared in Words Without Borders, The Other Stories, Tupelo Quarterly, InTranslation, the SAND Journal, and others. Find her online at charettetranslations.com.

Amalia Gladhart is the author of a chapbook, Detours (Burnside Review Press), and translator of Trafalgar (by Angélica Gorodischer) and of The Potbellied Virgin and Beyond the Islands (both by Alicia Yánez Cossío). Her short fiction appears most recently in Saranac Review, Parcel, Paper Nautilus, The Fantasist, Oblong, Eleven Eleven, and Atticus Review. She is Professor of Spanish at the University of Oregon.