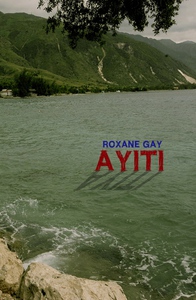 A sudden, brutal and unforgettable immersion, Ayiti explores the intimacies of Haitian life in both Haiti and the United States through short stories, several as concise as a single page. The Artistically Declined Press website aptly describes Ayiti as “a unique blend of fiction, nonfiction and poetry,” apt because it is often difficult to discern fact from fiction in these stories. The lines are blurred and the characters seem to evolve out of one another. This collection reads like a fragmented history of the Haitian diaspora, rich in details and insight, but without a distinct structure. Each story could stand alone.

From beginning to end, the collection takes aim at stereotypes and misconceptions about Haitians and Haitian Americans, especially the pervading view of Haiti solely as a destitute, poverty-stricken world. “The Dirt We Do Not Eat” is a story of correspondence between Elsa, a girl living in Haiti, and her cousin Sara, who has immigrated to Miami. Sara relays to Elsa a rumor she hears about Haitians reduced to eating mud pies. Elsa responds by writing:

Some mornings we wake, our stomaches empty, our stomaches angry, but never do we look to the ground beneath our feet with longing in our mouths. We chew on our pride. The dirt we do not eat.

Gay’s characters demand respect, for themselves and for Haiti, yet the collection shows a continual ambivalence towards the nation. In “All Things Being Relative,” a short piece that reflects on the economic crisis in America from a Haitian perspective, Gay writes:

It is an island of contradictions… The art and music are rich, textured, revelatory, ecstatic. The sugar cane is raw and sweet. And yet… There is no infrastructure—no sewer system, no reliable roads, erratic electricity. Women are not safe. Disease cannot be cured. Violence cannot be quelled. The land is eroding. The sky is falling.

Gay uses her characters to reflect this ambivalence; they love Haiti, are intrinsically connected to the country, yet they know it is in their best interest to abandon it. Many of the characters can’t stay away from the nation forever and discover a longing to return home.

“Cheap, Fast, Filling” tells the story of Lucien, who leaves Haiti to discover the Miami he knows from Miami Vice but ends up in a completely different world. He survives in an overcrowded apartment on a strict diet of Hot Pockets and Super Big Gulps. He lies to the family that is waiting in Haiti for him to send money or send for them to join him. Gay’s writing style can be abrasive, but she also knows how to pull at readers’ heartstrings:

Around the corner from Lucien’s apartment is a 7-11. Sometimes, when he can’t sleep, Lucien likes to go to there because it is cool and bright and white and clean and he can buy Hot Pockets… Lucien thinks about the sweet things he would buy for his children if they were with him and how much it would please him to watch them eat a Twix or Kit Kat… He eats one of the Hot Pockets and the other one, he holds. He enjoys its warmth, thinks he’s holding the whole of the world in his hands.

The longer stories in the collection feature more fully-developed characters and allow Gay room to experiment with structure, making for powerful and frightening narratives. “Things I Know About Fairy Tales” is the story of a woman’s kidnapping intertwined with cliff note versions of fairy tales told to her by her mother. Little Red Riding Hood, for example, is condensed to:

Little Red Riding Hood didn’t see the danger she was facing until it was too late. She thought she was safe. She trusted. And then, she wasn’t safe at all.

The protagonist tells the story of her kidnapping, thirteen days in captivity, rape at the hands of her captors and, finally, the purchase of her freedom, with an unsettling, straightforward attitude. She refers to the kidnapping as a “business transaction” to underline its normalcy and the prevalence of kidnappings. Several details from this story are difficult to forget, especially the lines, “I fought, but I also begged them to use condoms. I did what I had to do. Worse things could have happened. I was not broken.”

“I was not broken” becomes her mantra, but as the story progresses, it sounds less and less authentic:

When my kidnappers were satisfied that I had been properly bought and paid for I was cleaned up, shoved into the back of the Land Cruiser, and dropped off in the center of an open market in Pètionville. I stood there in what remained of my shirt and my filthy jeans, my feet bare, my hair a mess. My hands were in my pockets, my fingers clenched into tight fists. I stood there and waited. I tried to breathe. I was not broken. I remember these details more than any others. Around me, men and women haggled over chickens and vegetables and water and Cornflakes and radios. I was invisible, until I wasn’t—until I heard my husband shout my name and run toward me with a group of men I didn’t recognize. As Michael moved to embrace me, I stepped back. His expression, in that moment, I also remember. “You’re safe now,” he told me as if he understood the meaning of the word.

Throughout Ayiti, Gay surely doesn’t paint an overly optimistic image of Haiti, but she offers an honest one, an image of Haiti that is alive and breathing, not static and doomed. Ayiti offers the reader a more nuanced perspective of Haiti than the simplistic view that the easily accessible TV news and Internet tend to provide. The collection brings us to attention in two ways. First, it forces us to realize that we are complicit in the idea of Haiti as a nation of nothing but poverty and destruction, because no work is required to maintain that vision. Second, and perhaps with more impact, it suggests that tragedy and beauty are not mutually exclusive, that in fact, these two realities can share a complicated space.

Roxane Gay’s writing has appeared in numerous journals including DIAGRAM, Mid-American Review, Annalemma, McSweeney’s (online), and others. She is the publisher of Tiny Hardcore Press and co-editor of PANK. You can find her online at www.roxanegay.com.

Thomas Michael Duncan lives and writes in Syracuse, NY. His reviews have appeared in such places as Blood Lotus Journal and PANK. You can find him online at tmdwrites.tumblr.com.