Above Sugar Hill by Linda Mannheim 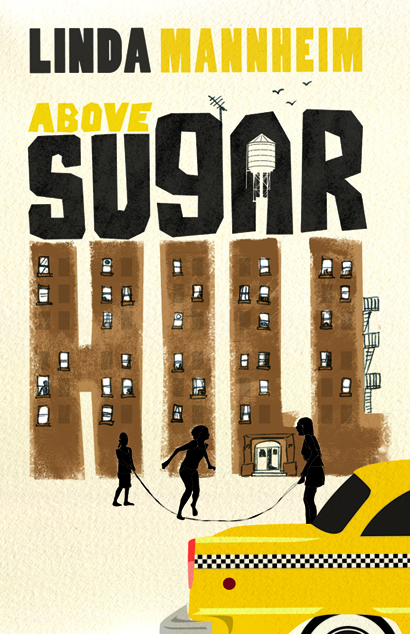 Large cities have the odd feature of being collections of smaller localities – neighborhoods – that are often composed of immigrants whose histories and affiliations are tied to distant cultures settled deeply in distant regions. A Londoner could be from Golders Green but have a culture and heart rooted in Poland, Greece, Turkey, or Israel. Their life, then, even if they were born and raised in London, is a life of displacement. And this displacement, this overlapping of regional affiliations, remains as a nexus of tension within the individual’s heart. As long as the city exists it’s an unresolvable tension for whoever lives within the city’s not very well integrated boundaries.

This sort of displacement is also the setting for a series of short stories about Washington Heights in New York by Linda Mannheim. Washington Heights is located in the north of Manhattan Island, and is a narrow strip of neighborhoods just above Harlem. Across the Harlem River lies the Bronx. In Above Sugar Hill – Sugar Hill is the local name for the historic northern section of Harlem just south of 155th Street – Mannheim widens the concept of displacement into specificities of time as well as place, and the final result is a collection of stories set in the period from the 1970s to the fall of the Twin Towers on September 11, 2001.

Mannheim’s prose is clean and straight forward, bordering on the meditative rather than the crisp. There were times when I felt suspended in ambiance, the details of real life just out of reach. This is partly due to the book’s structure as a collection of stories rather than a long developing novel that moves to a climax, and partly due to the author’s focus on the individuals of each story: the stories are less driven by plot than they are studies of the people living in the neighborhoods.

In quick and deft strokes Mannheim gives us concise characterizations, beginning with Silvia, a young Hispanic girl whose mean-spirited and tyrannical older sister Maria “used to scare her to tears by telling her that Marilyn Monroe was coming.” Ten years after her death, Marilyn is both ghost and icon, her blonde sexuality reduced to terrorizing a dark-haired child. Laura, the narrator of the story, unmasks the reality of Maria’s Marilyn, by showing her to be just “a lady” and a dead one at that. But all three girls lie under the power of Marilyn’s celebrity and, in a miraculous moment only possible in the magical realism of a neighborhood and culture lying on the outer edges of society, Marilyn reappears. One of the real-life functioning psychotics of the neighborhood has, in her madness, recreated herself in Marilyn’s form. So complete is her absorption and delusion that she can reminisce about singing Happy Birthday to “Jack”.

Women are often central in these stories: from Laura and the Cuellar sisters to Lucy, the beautiful African American woman whose womb is full of tumors the size of fruit, to Elena and her revolutionary friend Aixa, who has been jailed by the FBI for agitating to free Puerto Rican prisoners, to Sondra, who is lying in bed when the outer wall of the crumbling building she lives in collapses, to Fatima, whose lover returns again to war in the Middle East and death.

True, there are men too: Tenor, who is chain-sawed into bits possibly for protesting against the neighborhood’s slum landlords, and Squire, the African American soldier who enlisted in the military in order to escape the poverty of Washington Heights, only to die with the words of Fatima’s Muslim prayer on his lips. But it is the women who are the most oppressed by the poverty of the city, and who rebel most strongly against its confines of sexual, racial, and economic inequality. Having the least to lose, they fight the hardest. What they have left to ultimately lose are their men and their families, and each endures a form of displacement, which finally shows them the limits of their power within the social order, limits they try to ignore. Each story is a study, finally, in the class and economic displacements of Washington Heights.

Although the stories are strong in tone and clear in representation, one of the most thought-provoking sections of the book is the afterword. In this long statement, Mannheim goes into some detail about why she wrote this series of stories, starting with a discussion with her publisher about the collection. The publisher seems to want a story from the present: he asks, “What was Washington Heights like now? … Had [it] become gentrified?”

Mannheim grew up in Washington Heights and it is this moment of time she wants to describe in all its bitterness, a painful quality that she would preserve no matter what. There is real passion and anger in her description of her connection to her neighborhood, and she recognizes this connection as individual:

The truth, of course, is that cities change constantly, are dynamic spaces, are places that – like jazz – everyone has their own version of.

Even more telling is her understanding that the dynamic space of cities changes the resident, and that the city’s inhabitants not only accept that reality but also understand its effects, whatever those may be:

I remind myself of [what she said] when I try to understand the connection between where we come from and who we become, between how the world looks and how we feel about the world. She said, ‘When you live in a place that’s broken, you think you’re what’s broken.’

When you live in a place that’s broken, you think you’re what’s broken.

Jaime Robles’s poems and reviews have been published in numerous magazines, among them Agenda, Conjunctions, Jacket, and New American Writing. Her latest book of poetry, Hoard, based on the medieval caches of jewelry found buried in the English countryside, was published in January 2013 (Shearsman Books). She has a doctorate in English Literature from the University of Exeter, UK.