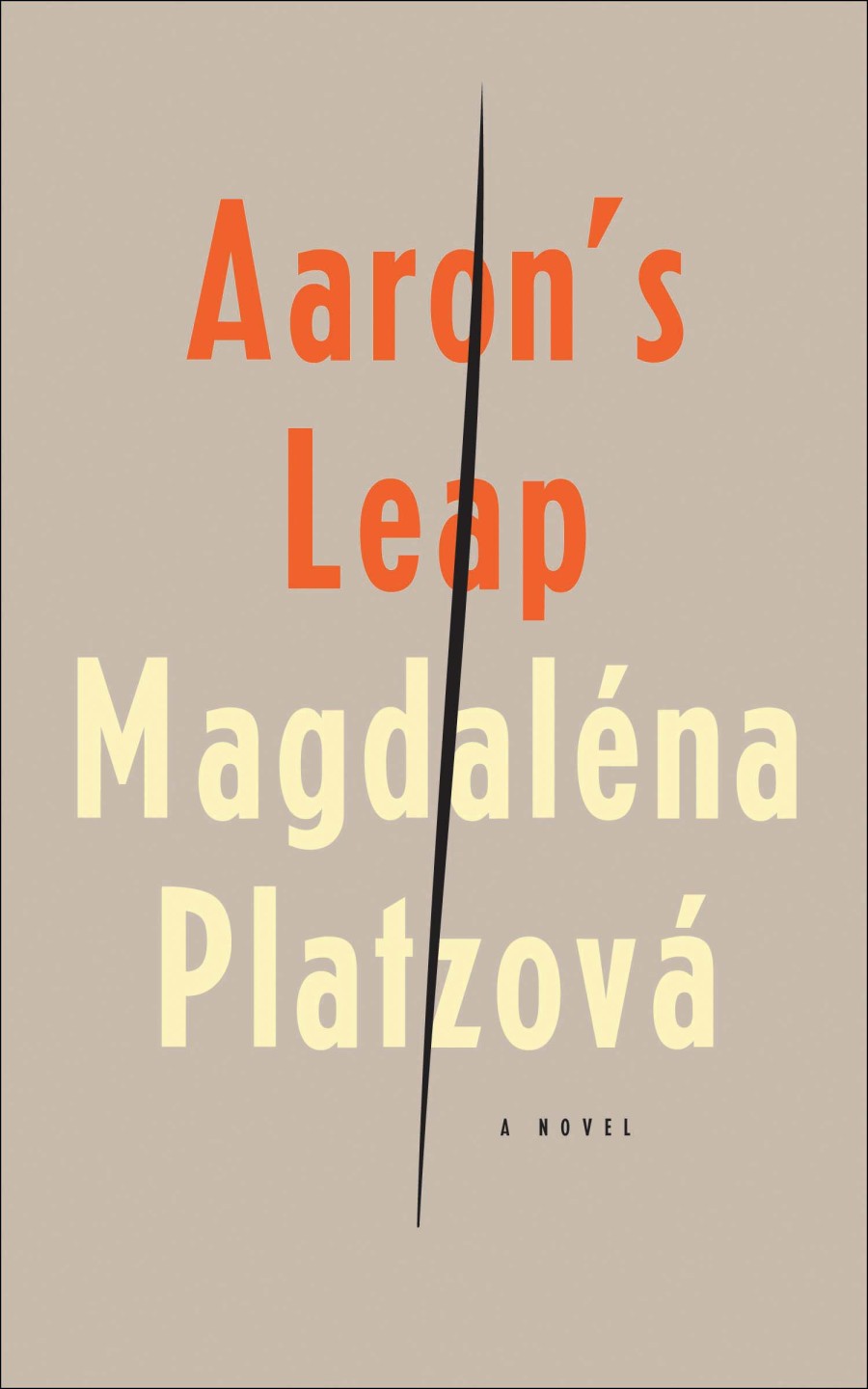 One of the core doctrines to emerge from the famous Bauhaus school in Weimar was the idea of the architectural Gesamtkunstwerk. By definition, it is a total work of art, wherein multiple forms in multiple media are composed together to create one great, harmonious work; the architect designs the floorplan, the furniture, commissions the art, designates a place for each piece as part of the larger composition. Magdaléna Platzová’s Aaron’s Leap begins with the scene of eighty-eight-year-old Kristýna Hládková sitting in front of her wardrobe, “where she keeps her letters, photographs, diplomas, newspaper clippings, invitations, dried flowers, and faded tricolors…” Remembering the great wars and political tides of the twentieth century, she sits “thinking about art.” And so, through documents and memories, art and artifacts, Platzová constructs the story as a sort of Gesamtkunstwerk in itself.

Inhabiting several temporal planes, the narrative opens in present-day Prague. The occasion for Kristýna’s reflection is marked by the arrival of an Israeli documentary film crew. The documentarians have set out to retrace the life of Berta Altmann, an artist who was educated at the Weimar Bauhaus during the artistic fervor that followed the First World War, and who died in the death camps of the Second. Much like the discourse of art in general, the novel maintains a conversation with itself. There is a constant framing and reframing. From a present-day visage, the narrative moves back in time through various points of entry.

The documentarians’ interest in Altman stems from the fact that she taught art to children in the Terezin transport camp. This knowledge is presented to the reader near the outset of the novel, and illuminates the looming specter of Hitler’s rise to power and the atrocities to follow. The intrinsic tension provided by this knowledge, however, is often deftly quelled by a flash-forward. Reading Berta’s journals in the present, the granddaughter of Altmann’s friend, Kristýna Hládková, irreverently remarks, “She was nuts.” The author uses this technique of temporal jump cuts masterfully to build tension and provide release, to ground the past in the present. This assembly of the syuzhet tacitly alludes to—or at the very least, resonates with—the big Bauhaus idea of the Gesamtkunstwerk. In this layered narrative construction, the content informs the structure, and structure directly informs how the reader experiences the narrative.

Not unlike a documentary, Aaron’s Leap is a pastiche of scenes spanning nearly one hundred years, fragments of other texts, diary entries, descriptions of art, and, in the novel’s penultimate section, a deathbed confession. The novel casts a wide net, and seems to attempt to capture the tenor of an entire century of Europe, through its great artistic movements and its great wars.

The First World War seems like little more than an inconvenience to Berta and her friends, so they take an alpine holiday in Semmering to avoid it. While there, the girls occupy themselves with the production and performance of a play. In the celebration that follows the performance, she is confronted by a young soldier who delivers a monologue that draws a clear link between the play and the war:

It’s a stupid piece. Sentimental and cloying. False. What is it actually about anyway? Jealousy. People write plays about that? I don’t understand it. […] But at the same time, between this sentimental slop, which you call symbolism, and murder, which I had to commit, there is a clear connection. Sentimentality goes hand in hand with cruelty. The person who kills because his female went off with someone else is the same as the person who murders for a piece of land, the right to self-determination, or a piece of food. And people are moved by it.

As the narrative moves forward in time, the characters are confronted with new wars and conflicts. While the focus of the narrative remains on art and on artists, we see the nature of each conflict directly reflected in the artistic ideology of the various timeframes. In the winnowing of ornamentation, the Modernist idea of purity of form, we see a tacit correlation with the terrible ethnic idealism and industrial efficiency of the Third Reich. The novel’s contemporary artistic project—a documentary film whose framing of images can only create a nebulous impression of someone nearly erased by the holocaust—stands beside the similarly indeterminate conflict between Israel and Palestine. During both conflicts, affairs of the heart seem to take precedence over the looming threat of militaristic violence.

In terms of scope of characters, however, the gaze feels, at times, a bit narrow. It wouldn’t be hard to give a reading of this text that argues that the female and male characters serve as essentialized versions of their maleness or femaleness. Furthermore the narrative often favors bedroom melodrama over the horror of war. The romantic pursuits of both the past and present provide a certain tension and urgency, but the guiding motivations of the characters could have been both complicated and brought into sharper focus.

Another imperfect point of the novel comes near the end of the book, during the aforementioned confession. The confession seems to try to draw together each thread laid out in earlier sections into a cohesive arc and move the narrative towards catharsis. Unfortunately, Platzová makes this move too early, and leaves too much ground uncovered for explication, and what, at points, is essentially summary.

But, overall, the novel’s flaws can be forgiven. It is hard to fault an author for writing something so compelling that it leaves the reader wanting a little more, and when the compression works, it works beautifully. There is so much covered in relatively few pages. Just as a well-curated collection of art has the ability to capture the zeitgeist of a given era with great economy, the novel manages to position the reader in a present that is informed by the distinct motifs of the past. There is love and art and war, and it never stops, it just changes shape, moves from one generation to the next, keeps going.

Magdaléna Platzová is the author of a children’s book, two collections of short stories, and three novels, including Aaron’s Leap, a Lidové Noviny Book of the Year Award finalist, hailed by the Frankfurter Allgemeine Zeitung (Germany) as a novel that “must be counted among the best written by contemporary Czech writers.” It is her first book to be published in English.

Craig Cravens is the author of The Customs and Cultures of the Czech Republic and Slovakia and his translations include My Crazy Century by Ivan Klíma (Grove/Atlantic) and Aaron’s Leap by Magdaléna Platzová (Bellevue Literary Press). A graduate of Amherst College and Princeton University, he is the president of the North Atlantic Cimrman Association and a Senior Lecturer in the Slavic department at Indiana University in Bloomington.

A Milwaukee native, Tyler Koshakow lives in Bellingham, WA, where he edits scientific books and journals for a living. His writing has appeared or is forthcoming in Citron Review, NANO Fiction, Midwestern Gothic, Bellingham Review, Hobart, and others. He writes short essays about short records at flashfortyfive.tumblr.com and tweets @tylerkoshakow.