A Bouquet by Karel Jaromir Erben 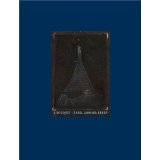 Folk tales and fairytales have always fascinated me—where do they begin within a culture, how do they become “fixed” into a particular structure and telling, and then, sometimes more importantly, how do they resonate across the years and into new temporal contexts. Folk tales are often some of the earliest examples of a culture’s “literature” and yet they remain relevant, often in an updated form or transformed through irony, in our modern literary context. All of our hero-quest books, to take the simplest example, and all of their derivative forms and spin-offs are rooted in an original folk tale. Contemporary fantasy and magical realism all owe a great debt to fairytales and legends. And as access to other languages and cultures becomes increasingly easy, folk tales from other cultures have begun to seep across borders into new bodies of writing and find ways to inspire/inform/encourage new literary connections and ideas.

More than this, however, is the feeling I have that the folk tale, especially its “moral lesson” style and narrative voice, is one that is continually re-fashioned in contemporary literature, and consistently explored in experimental prose. I’m thinking mostly of the genre of apocalyptic fiction, whether lyrical or realist, although it certainly isn’t limited to this. There is something about the poetry of the cautionary tale, something about the authority of the folk tale narrator—this all-knowing, compassionate or sometimes judgmental raconteur of human foibles.

All of this is to explain why I was so excited to hear of Twisted Spoon’s recent translation of a volume of Czech folktales. A Bouquet of Czech Folktales, by Karel Jaromir Erben, was first collected and published at the end of the 1800s and has never once been out-of-print since then, but is now available in English for the first time. Translator Marcela Sulak tells us in her introduction that these folk tales were some of the first Czech literature written in Czech, as opposed to Latin, Old Church Slavonic, or German, and were collected throughout the villages of Bohemia during the National Revival. These tales were assembled not only for their beauty and ethical instruction (as most folk tales are), but also because they represented a literary universe that hadn’t been able to fulfill itself until then.

The thirteen tales in A Bouquet are not radically different from the Anglo-Saxon or specifically American folk tales an English-language reader might be more accustomed to. But they are filled with certain Bohemian uniquenesses and Erben’s poetry (via Sulak) is a delight to get lost inside. At times whimsical and funny, at others serious and measured. Erben’s Bouquet includes a variety of narrative voices and a diversity of rhyme.

Several of the tales are concerned with the mother-child relationship—some directly, some more obliquely. This tight focus intrigued me, but upon my second read, I paid more attention to the fact that the collection begins with the titular “A Bouquet,” a simple tale of death and grief, but one that also signals the collection’s thematic project quite strongly. In this short poem, a woman dies and her children grieve. The mother’s spirit is saddened to see her children so upset, so she sends her spirit to them in the form of a flower, a patch of thyme actually, that covers her gravestone. The herb comforts the grieving children. Sulak tells us that the tale is meant to give a folk history for the word thyme (in Czech the word for thyme is a combination of the word for “mother” with the word for “breath” or “soul”). This is really lovely, but it’s also easy to see how placing this tale at the front of the collection and using it to title his work might also signal Erben’s interest in this particular relationship. And this is proven by what follows. These are stories that are curious about mothers, about maternal duty and love, and, in perhaps my favorite example, taken from the story “Willow,” these are stories interested in understanding where a mother’s soul might sleep at night.

Most of Erben’s tales are cautionary, offering severe admonishments for crimes, and often, for what can only be called bad mothering. “Noon Witch” is a short and chilling poem about a frazzled mother and her carelessly uttered threat. She hopes to scare her rambunctious child into good behavior, only to discover the threat is really something she must manage. And she doesn’t manage it well. “The Treasure” is about a mother losing sight of her child in a moment of petty greed—her punishment is swift and painful. (Although not, in this case, eternal. Erben is a kinder storyteller than some of his contemporaries).

Two of the stories felt wonderfully familiar: “The Golden Spinning Wheel” and “Water Sprite.” The first is a Cinderella-type story of an evil step-mother, a King who falls in love with a poor peasant girl, treachery that works but only at first, and then retribution. It’s a wonderfully gruesome tale involving hacked up body parts, the magic of living (unfrozen) water and a pack of wolves. It also includes a Christ-like resurrection.

“Water Sprite” is about a young woman who is stolen by a water sprite and held beneath the lake in his lonely home. Even after the birth of her first child, she continues to pine for her mother and the sunshine. One day, after much begging, her husband agrees to let her visit the land for one day—on the condition she leave the child behind and promise not to touch her mother or any other human. This story is a tragedy, and its ending quite brutal.

Despite the immediate pleasure of reading Erben’s prose and getting caught up in the narrative momentum of these lovely and powerful Bohemian tales, what’s most interesting to me, as a modern reader, is how we are still very often telling these same stories, still exploring similar moral questions. The novel of the failing parent, of a child’s accident, of the person who loses sight of what he truly wants and is “punished” for that lapse. We still tell these same stories of illnesses and jealousies, of lying and cruelty, of all-too-human failures and the occasional joy. We remain interested in the supernatural, in metaphysics, religion and ritual. Historical folktales might be easy to recognize, might contain geological and cultural markers, but the simple hearts of these stories are timeless and universal—which is why we return to them again and again and why we will always want to write them anew.

Karel Jaromír Erben (born November 7, 1811) studied history and law at university in Prague and later was a member of the Bohemian Society of Sciences and the Academy of Sciences in Vienna. He served as archivist for the National Museum and later for the City of Prague. He collected (as well as translated those not originally in Czech) more than 2,200 Slavic fairy tales, folk songs, and legends, drawing on these to compile, in verse form, his most famous book, A Bouquet of Folktales (Kytice z pověstí národních), first published in 1853. A full “biography”:http://www.twistedspoon.com/erben.html is available at Twisted Spoon.

Marcela Malek Sulak is a translator and poet. Her work has appeared in a wide variety of literary journals, including Fence, Indiana Review, Notre Dame Review, Spoon River Review, Quarterly West, and River Styx. She is the author of two collections: Of All the Things That Don’t Exist, I Love You Best and Immigrant.

Michelle Bailat-Jones is a writer and translator living in Switzerland. Her fiction, translations and reviews have appeared in various journals, including The Kenyon Review, Hayden’s Ferry Review, The Quarterly Conversation, Cerise Press and Fogged Clarity. She is the Reviews Editor here at Necessary Fiction.
Share This