The Theory of Almost Everything by Salvatore Pane 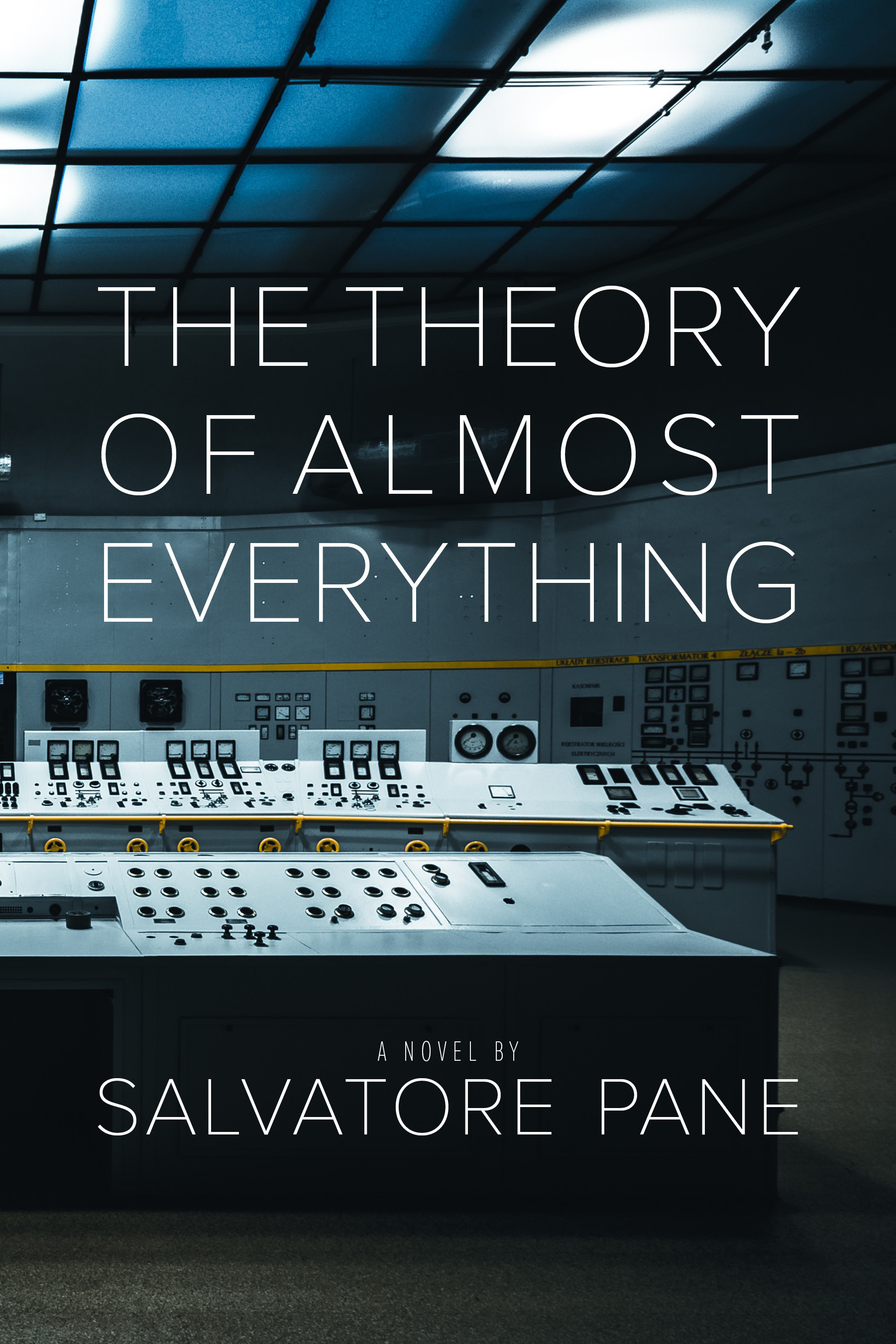 “My journey to parallel realities, a secret laboratory hidden beneath the red mountain of New Mexico, and even the end of the world itself began with a lonely glass of bourbon in the saddest bar in Indianapolis.”

The opening of Salvatore Pane’s sophomore novel, The Theory of Almost Everything gives a sample of what you can expect from it — an off-the-wall adventure into the multiverse to try and prevent the death of our reality, shot through with self-aware and self-torturing thoughts. Our protagonist, Teddy Copeland, is a recent doctoral graduate and theoretical physicist specializing in black hole physics theory. Put through years of self-inflicted emotional ascetism due to the death of his secret college wife, Wren Wells, Teddy is not much of an outgoing person (even by the standards of theoretical physicians.)

That is, until he’s recruited to help save the world by the hologram ghost of Dr. Robert J Oppenheimer, or “Oppie” for short. Brought to the secret underground laboratory city of Perro Caliente, Teddy soon finds himself with fast friends and a secret of his own: he’s using the lab equipment to try and find his dead wife in another reality.

If it seems like there’s a lot at play in the plot, that’s because there is. Pane is a product of his childhood in the 90’s, surrounded by the loudest and brightest bits of pop culture. Playing on the popularity of big sci-fi ideas and the multiverses of DC and Marvel comics, Pane uses the set dressing of his multiverse filled with almost recognizable worlds to explore, well, almost everything. Minute changes to the algorithm governing reality, down to what type of pizza a character ordered years ago, can mean the difference between whether an alternate Earth was destroyed by nuclear war or ruled by Mecha-Hitler.

It’s not just the big threats to our existence that get explored through Dr. Copeland’s universe hopping. Climate change. Human-driven catastrophe. The unspooling of a person’s legacy. Grief. Love. Hope. Despair. Each of these, and more are skillfully explored through an intricately engineered plot that pulls Teddy and his cohorts into a tightening race against the clock as they struggle to unlock the algorithm that may save the world before they destroy themselves. Pane excels at using narrative beats to keep readers invested in Teddy’s plight while also forcing them to reflect on their own reality — what decisions led them to this moment and what would they change if they could?

The Theory of Almost Everything pays homage to Neon Genesis Evangelion, the Manhattan Project, and Douglas Adams’ oeuvre in setting its protagonists against the biggest threats possible. The real trick is in how he embraces the small moments in plumbing each character’s emotional trauma and the worst tendencies of human beings — Dr. Delbar Javari, at first presented as an archetypical hardass, is shown to be a survivor of war and cultural upheaval in her childhood that necessitated her edge, a reveal that brings new respect and understanding for her actions to Teddy and reader alike. Each of the principal characters has a secret emotional scar they carry that informs their worldview, adding a believable layer to these super-geniuses struggling against larger than life problems. This is a novel peopled by a realistic cast, full of emotional scars and long- held traumas of loss and regret that weigh down every decision.

It’s not completely accurate to say that The Theory of Almost Everything is a depressing book. It’s by turns hilarious and heartbreaking as it explores human hopes and failings, hopeful and resigned in its examination of how people carry the weight of loss with them and cope with its presence.

Whereas Pane’s debut novel, Last Call in the City of Bridges was preoccupied with the current moment, The Theory of Almost Everything is painfully aware with nostalgia and how the past can define a person’s present and future. Filled with introspection and humor that pull the novel along at a pace that matches the plot’s urgency, Pane has created a mirror world to our own: on the brink of collapse and full of potential to rise above ourselves.

Salvatore Pane (@SalPane) was born and raised in Scranton, Pennsylvania. His novel, Last Call in the City of Bridges, was published by Braddock Avenue Books in 2012, and his book about the history of Mega Man and video game collecting, Mega Man 3, was published by Boss Fight Books in 2016. His short fiction has been nominated or shortlisted for the Pushcart Prize, Best of the Web, and Wigleaf’s Top 50 [Very] Short Fictions. He won the 2010 Turow-Kinder Award in Fiction judged by Stewart O’ Nan, and his work has appeared in American Short Fiction, Paste, Hobart, PANK, New South, BOMB, The Rumpus, HTMLGIANT, The American Book Review, and many other venues.

Robert Helfst (@roberthelfst ‏) earned his MFA in fiction writing from Butler University in 2017. His work has appeared in Etchings, Booth, and Pulp Modern. Robert lives in Indianapolis with his wife, son, daughter, three dogs, and three cats. You can find him at www.roberthelfst.com.