The Last Pilot by Benjamin Johncock 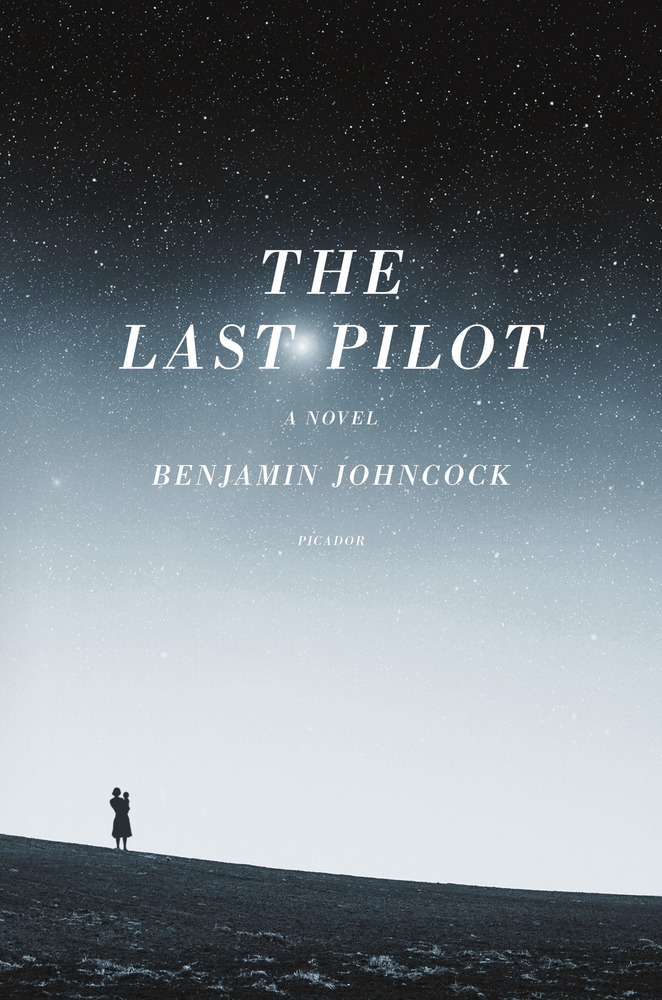 The Last Pilot by Benjamin Johncock is a sobering exploration into the bleakest regions of the Earth and the heart alike. The novel takes place in the Cold War Era, and the space race is in full force. America needs to respond to and exceed the success of Russia’s Sputnik: the satellite which not only allowed Russia to revolve around the world, but made the world revolve around Russia. Jim Harrison, a test pilot in the United Sates Air Force, has the skill-set the country needs in this time of global peril. But he has sacrificed more than anyone should for the sake of these aspirations, and it has taken a toll on his wife Gracie. When he has the chance to fly to the moon, he is forced to make the toughest decision of his life: to abandon his wife in the name of national duty, or sacrifice his sacred dream of flying to save his crumbling marriage.

The novel’s setting is a literal desert, the Mojave. This provides a blankness, a palpable external representation of Harrison’s barren life. His wife cannot have a child, his dedication to work causes isolation, and his choices bring about the loss of all that he loves most. Sudden tragedy sparks massive doubt and anxiety in Harrison’s life, as he struggles to understand why this is happening to him. He jumps from blaming God, to his wife, back to God, and even to himself. It seems as if he is alone in this world, and his exploration into outer space may only reinforce the terrible truth that no one is out there.

This novel asks a difficult question regarding the sacrifice involved when family intersects with career aspiration. For if Harrison is to continue with his dream of going into space, he must leave his wife, but if he wants to keep his wife, he must give up his dream. What dilemma could be more American? Is the American Dream about oneself, the marathon toward personal accomplishment, or is it about others, the dedication of oneself to the greater good of family or nation? Harrison experiences the line separating the two as disastrously thin. Harrison’s story, and his failures, may encourage readers to contemplate choices in their own lives.

The aesthetics of the novel are unmistakable. Johncock’s prose is its own sort of desert, as his writing style in this particular novel is religiously dry and bare. It seems as if he were draining all color from his prose in order to match the stark nature of Jim Harrison. This style of writing is not a lack of skill on Johncock’s part, but seems to be a deliberate and clever technique.

Readers will often learn more about certain characters based on the prose describing them. For example, in a passage on page 47, the prose associated with Gracie is vivid in comparison with the depiction of Jim Harrison, the main character: “Gracie stirred. The flame flared orange on her bare shoulder. He sat and smoked and thought of nothing.” Her description includes vivid verbs such as “stirred” and poetic elements like alliteration (“flame flared”). But the next sentence, which is in reference to Harrison, makes no such attempt to be poetic or colorful. Rather, it seems intentionally mundane. Harrison is the prosaic antithesis to his wife. The content matches the prose to perfection as he is shown to be thinking about nothing. His being is bare, his thoughts are bare, and so the prose which describes him follows suit. Johncock’s consistency in this matter shows intentionality.

The prose has constancy in tone, yes, but it has serious downfalls in that the uniformity is dull. Johncock’s approach to this novel allows for little variation and vibrancy. While some passages have vivid imagery when describing certain characters, for example the passage above about Gracie, most of the novel is in line with the barrenness of Harrison’s character. While this tone is not inherently bad, 60 pages of minimalism run the risk of losing some readers’ interest. Another potential negative is that the novel is so devoted to minimalism that it does not even use quotation marks for dialogue. Traditional readers may dislike this choice and find it distracting and unorthodox for a novel. Narration and dialogue are similar — both dry and reduced to the utmost concision — so there are a few points in the novel where it is difficult to discern dialogue from exposition. Some readers may find this irksome, while others will be intrigued.

Readers in search of lush, romantic prose that masters poetic elements and rhetorical devices should pass on this book. The Last Pilot will not, and should not, win any accolades for its aesthetic diversity. But that does not mean that this book is unworthy. It offers an authentic account of man’s struggle with his belief in God when faced with terrifying loss. The plot is a massive heart-throb, a stellar tale of loss and love, packaged inside a straightforward and accessible text. Johncock weaves an awe-inspiring, jaw-dropping, and sky-shattering account that holds the potential to break the sound barrier of the reader’s life, to perhaps gain the self-awareness that Harrison lacked for too long.

Benjamin Johncock was born in England in 1978. His short stories have been published by The Fiction Desk and The Junket. He is the recipient of an Arts Council England grant and the American Literary Merit Award, and is a winner of Comma Press’s National Short Story Day competition. He also writes for the Guardian. He lives in Norwich, England, with his wife, his daughter, and his son. The Last Pilot is his first novel.

D. A. Wetherell is an undergraduate student at Taylor University. He recently worked as an editorial intern at Prime Publishing LLC, a digital content publishing company based near Chicago, IL. His published work can be found in Necessary Fiction and in Straylight Literary Magazine. He writes reviews, essays, short stories, flash fiction, and literary analysis at brofessionalwriter.wordpress.com.