The Dark Will End The Dark by Darrin Doyle 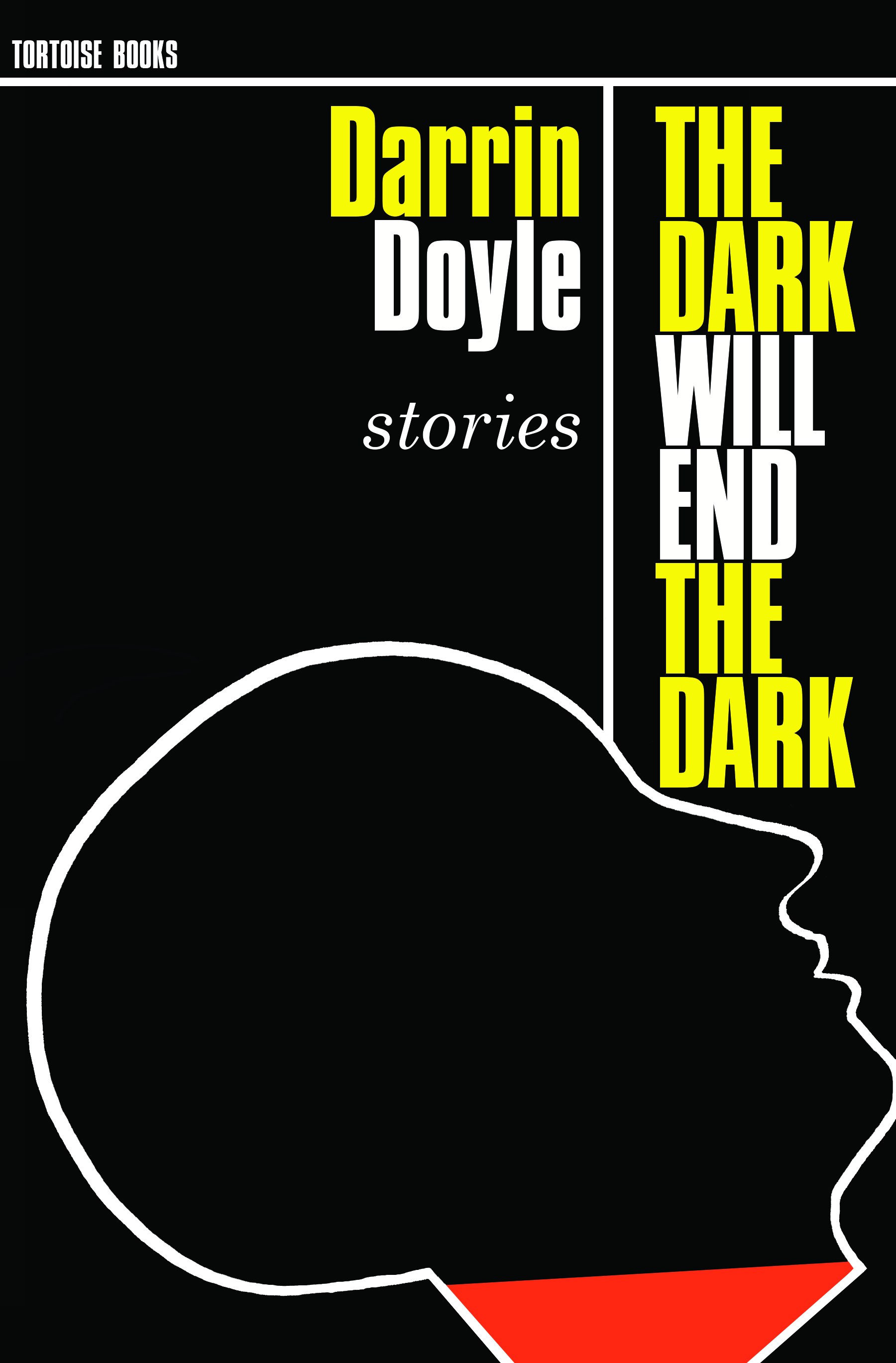 While reading the story “Face” from Darrin Doyle’s The Dark Will End The Dark I was reminded of the ache in my wrist. I’ve had this dull pain there for over a week and I told myself I’d go to the doctor if it didn’t go away, only I can’t remember when the pain started. Also my fingers burn sometimes and I don’t know if it’s from jalapenos, poison oak, or nerve damage.

One of the great tragedies of life is the number of things the human body does without our say so. It gets sick on its own time. It creates gases and doles out hiccups at random. It gets old when you’re not paying attention, parts stop working whenever they damn well feel like it, and all of this happens as you try to remember if the ache in your wrist started last Wednesday or the Wednesday before. “Face” reminded me of this because, in the story, a man wakes up to learn his facial features have rearranged themselves, and he cannot remember if it’s happened previously:

In the mirror, the man noticed the aberration. His left eye in the mirrored version — it had scooted or slid, he didn’t know. The eye lay centered, socket and all, on his cheek. He tried without success to push the eye back where it bad been, where it had resided his entire life. (Unless, perhaps, it had done this before?) His face no longer resembled his face. Or it looked like his face but a comical or tragic version. A dis-repaired self, one not ready for the stage of life. The man’s nose and mouth had also switched positions. His face appeared to scream without sound. His nostrils flared while shaving lotion burned his nose hairs.

The fact our flesh cannot be trusted means we cannot trust ourselves. This very real and dark anxiety is explored in Doyle’s surreal stories. It’s a subject William S. Burroughs covered so well in Naked Lunch, and like Burroughs, Doyle does it with a style all his own. But unlike Burroughs, who uses his humor to horrify, Doyle horrifies first, then uses his humor to disarm so that further down the road, when the reader’s guard is down, he can horrify again with greater intensity.

The stories in this collection are about bodies in revolt. Stories where hands become pregnant with full grown people, where heads become completely numb and ‘no longer viable’, and where a blind woman receives an eye transplant only to discover her fiancé is hideous. All with titles like “Hand,” “Head,” and “Eyes.”

While nearly all of these stories hold surreal, dreamlike, or absurd qualities, their poignancy lies in the paranoia that comes from distrusting one’s flesh, which is to say reading these stories often made me think about my glands. My face is puffy when I wake up in the mornings, and I always wonder if that’s normal or if this is the day my lymph nodes will kill me rather than keep me alive. Having read The Dark Will End The Dark, I also now sometimes worry my head will stop working. This is because in the story “Head,” a husband’s head, brain and all, becomes numb and useless. The doctors explain to his wife how the condition is different from brain death:

The good news is that your husband’s motor functions are completely normal. He can stand, walk, run. He could tap dance on a tennis court if he was into that sort of thing. Theoretically, of course. I mean he’s physically capable of it. Whether or not he does it, that’s another issue, and I wouldn’t get your hopes up. His lungs are drawing air, however, so he won’t die. Eating isn’t a problem, as he is still able to swallow liquids. But he can’t chew. Nor can he be trained to chew. In many ways, however, he’s still the man you married.

Not surprisingly, many of these stories address needs of the flesh, and thus addiction to drugs, alcohol, and sex play large roles. Husbands and fathers must deal with the consequences their desire has on their wives and children. In “Ha-Ha, Shirt,” this means a man must accept a rape meant for his wife; in “Sores,” a man with a severe and unexplained skin condition must drink to achieve homeostasis; and in “Foot,” a mother decides to cut off her own foot because her infant son refuses to eat anything else.

What I like most about these stories, as terrifying as they are, is that Doyle isn’t cynical or fatalistic in his approach to the theme. Sure, there are many aspects of our flesh that we have little or no control over, but this is an important part of lived experience. My glands may worry me, and they very well may kill me some day far in the future, but when I put fingers on my neck to check them, my pulse reminds me there is life there too, and I get the same feeling when reading The Dark Will End The Dark. Doyle’s characters are tragic, to be sure, but they are alive, and many of them experience catharsis, and those that don’t still experience life, love, and happiness. There is little nihilism here, there is hope in these stories, and justice, and a sense of forward movement that’s comforting because that’s direction life should take us.

Darrin Doyle graduated from Western Michigan University with an MFA in fiction and earned his PhD from the University of Cincinnati. He is the author of the novels Revenge of the Teacher’s Pet: A Love Story (LSU Press) and The Girl Who Ate Kalamazoo (St. Martin’s). His short stories have appeared in Alaska Quarterly Review, Blackbird, Harpur Palate, Redivider, BULL, and Puerto del Sol, among others. Currently he teaches at Central Michigan University. His website is www.darrindoyle.com, and you can follow him on Twitter at @DoyleDarrin.

Saul Lemerond is pursuing a PhD in creative writing at the University of Louisiana-Lafayette. His collection, Kayfabe and Other Stories, was published by One Wet Shoe Press in 2014. His work also appears in Waterhouse Review, Drabblecast, Dunsteef, and elsewhere.